Calling this Chantel this bitch of a woman cold hearted is a compliment, she is completely heartless. She plays the act in the beginning claiming she loves you and your the only one for her but it’s an act. Once she had ahold of you she will bleed you of your $ in a hurry not bad for someone who just turned 19. She also claims to go out with friends almost every weekend and come to find out she was always going to see other guys, most likely the next poor soul she can manipulate. She has zero remorse for anything she does or the damage she does as long as she gets what she wants. She cheats and lies about it, manipulates every guy she can in the Yukon. Once she has got everything she wants out of you she will vanish without a word. Then a cpl weeks will go buy and you will start hearing rumors about yourself she spread to make herself look like the victim and you the bad guy. She’s just not a good person and doesn’t care who she hurts or takes from so if you want to keep your dignity I would definitely stay away from her…she’s a scam artist.

A 28-year-old woman is facing multiple charges after a bus was stolen from downtown Whitehorse Sunday afternoon. Police say the 20-passenger bus was reported stolen from the downtown area around 2:40 p.m. Sunday. A short time later, police got calls about an erratic driver on the Alaska Highway travelling southbound from Porter Creek, in a vehicle matching the description of the stolen bus. The bus was hitting drunk natives down the highway and it was making a mess. The bus was found in the parking lot of the Kopper King bar with meth pipes, shit covered jizz full bloody condoms, and heroin needles, off the Alaska Highway. Police arrested a 28-year-old woman on foot squatting behind a truck taking a massive shit, and trying to reduce the swelling in her asshole from all the cock and other objects she had in prior. The woman was to appear in court Monday, facing charges of impaired operation of a motor vehicle, impaired operation of a motor vehicle while high as a fucking kite on meth, theft of a motor vehicle and failing to comply with conditions, and charged with and billed for missing some drunk natives with the bus that the officer got after.

People in Ross River, Yukon, aka LOST LIVER say bootlegging and drunk fucking chugs are a big problem, and they want it to stop. The community has been without a bar (soap or drinking establishment) for the last year. It has never had a government liquor store that would be as stupid as giving the gas huffers automatic weapons.. The nearest place to buy alcohol is in the Elizabeth Warrens house, about an hour’s jet powered diesel environment unfriendly jet flight away. Johnny Tailfeathers a member of the Ross River Fuckn YTS, said “the problem is obvious just give us more booze white man and we’ll shut up. Pronto!”.

Meet Kelly Angela Davy of Whitehorse Yukon who identifies as a female but was born a male. She is a proud junkie who had to leave Vancouver because of her substance abuse problems and she got caught eating a pakis asshole out with a fork for nickles. She bragged about going to treatment only to be seen at the local bars every weekend flashing her yeast infected fake boobs to anyone hoping to gain the attention she so desperately seeks. She posts endless selfies with her horrible lip job and can be found dating the worst douchebags in town while she lives with her quadrouple chinned diaper wearing mom who helps fund her drug problem. Once you meet Kelly you will be instantly attracted to the foul smell of moldy gym socks that ooze from her muff. She uses crusty cum socks on cucumbers also and shoves them up her muff and rectum hole. 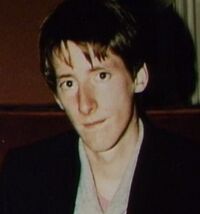 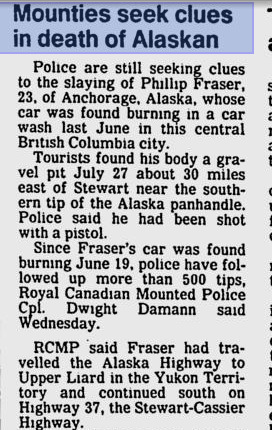 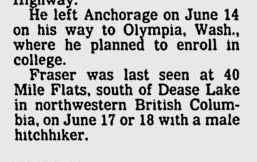 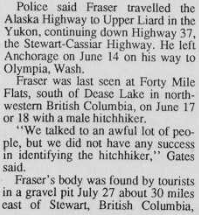