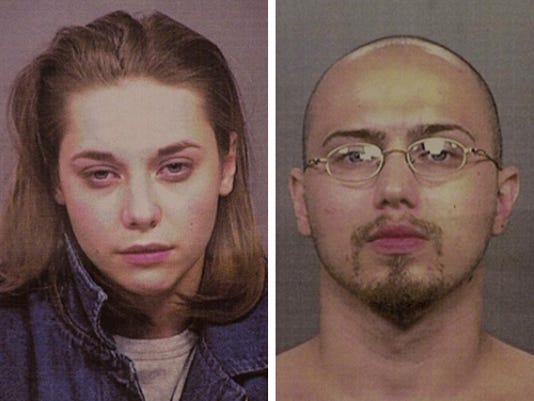 Josh Maxwell 22 (at the time) and Tessie McFarland (21 at the time). That’s Josh on the right and that woman that looks like she just smoked a barrel full of crystal meth on the left is Tessie McFarland. They went on a cross America crime spree that started in Indiana and ended with a police shoot out in Butt Fuck City, California (aka San Francisco). This all occurred in late 2000. They ran a red light and refused to pull over. McFarland was wounded in the throat during the shootout with police. In Lopes’s truck the Fag City police found Lopes’s credit card, badge, and service weapon. They were caught October 17th, 2000. They lured Lopes as a victim by placing a personal ad in the newspaper. The ad claimed that they were looking for a gay or bi-sexual man that would have sex with Maxwell’s wife (McFarland) as he wached.
Their first victim was a 45 year old Fed Ex mechanic named Robby Bott from Mooresville, Indiana. Bott’s body was found shot in the torso and burnt to a crisp in the trunk of his car. Before killing Bott they held him hostage and made him buy them expensive items from stores. They also made him withdraw a shitload of cash.
A month later they killed an off duty cop (Rudy Lopes) in San Antonio,Texas and stole his truck. They blind folded and bounded him and dumped his body behind a shopping mall. Cause of death was a single gun shot wound to the top of the head. Lopes’s body was discovered by a young girl on October 12th, 2000. Shortly after Lopes’s death McFarland used his atm card. She took out $400. Maxwell also admitted after getting caught that they committed a lot of unsolved robberies in Indiana, Florida, Texas, and California. 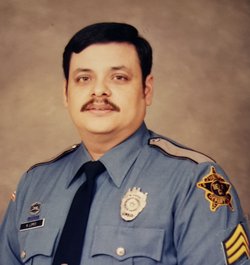 Joshua Maxwell (Born May 17th, 1978 in Indianapolis, Indiana): Joshua Maxwell grew up around street gangs and had a juvenile record in Indiana. He had adult convictions for auto theft, fire arms possession, trespassing, and felony theft. He killed Robby Bott just 5 months after being released from prison. Looks like the system worked for him really well. Maxwell also has 3 children a son and two daughters and as one could imagine we are all sure he was a great father and role model to them.
Maxwell blames his aggression on his abusive step father, which we all know is the weakest excuse in the book to use. He is a sick fuck and needs to be treated accordingly. He once broke into his sisters house stole jewelry, clothing, and shoes and tried to pawn the items. One of his daughters mothers also said Maxwell never gave them any support financially. He also stole jewelry, guns, and a car from his mother. If that doesn’t scream drug addict I don’t know what else does.
When Maxwell was in county jail awaiting sentencing his first go around in jail. He bloodily assaulted a guard for denying him his TV privileges probably wanted to watch his biography on TV The Jerry Springer Show.

Tessie McFarland (October 10th, 1979): Use to be a stripper who was a teenage mother addicted to crack cocaine. Maxwell’s step sister actually helped McFarland land a job getting money thrown at her snatch at one time. When McFarland was growing up she wanted to be a reporter and report the news. She sort of went the other way on that on becoming the news. In her write a prisoner profile she claims to love reading books and water skiing. I wonder how good the water skiing is in prison? 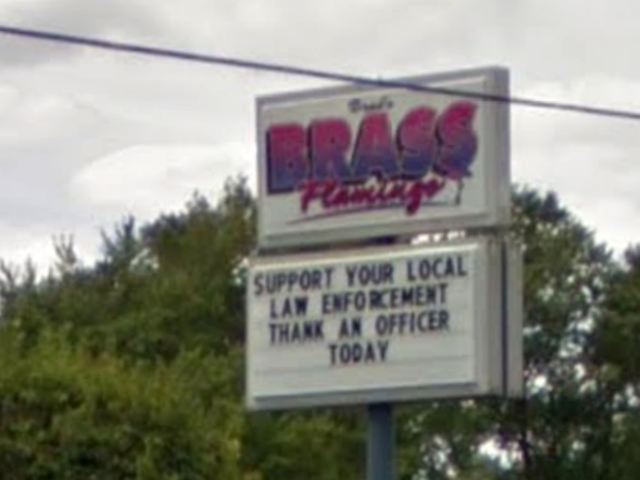 Strip Club where McFarland once worked in Indianapolis

Sentencing; McFarland is serving a life term at the Gatesville Crain unit in Texas. There is also no doubt in my mind that she is a carpet muncher in that woman’s prison. Maxwell was convicted of capital murder and sentenced to death.

Maxwell’s Execution: Maxwell was executed at 6:27 p.m March 11th, 2010 in Huntsville, Texas. He actually used his last words to apologize. He said shit like he is not the same person he was 10 years ago. Well no shit you are in jail and will be dead. A little too late don’t you think? They gave Maxwell a final meal 6 pieces of fried chicken, mountain dew, 3 bacon cheese burgers, some french fries and a brownie. Personally I would of gave him a log of shit with piss to drink. 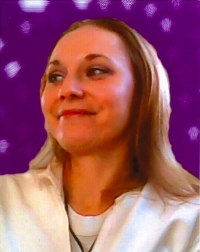 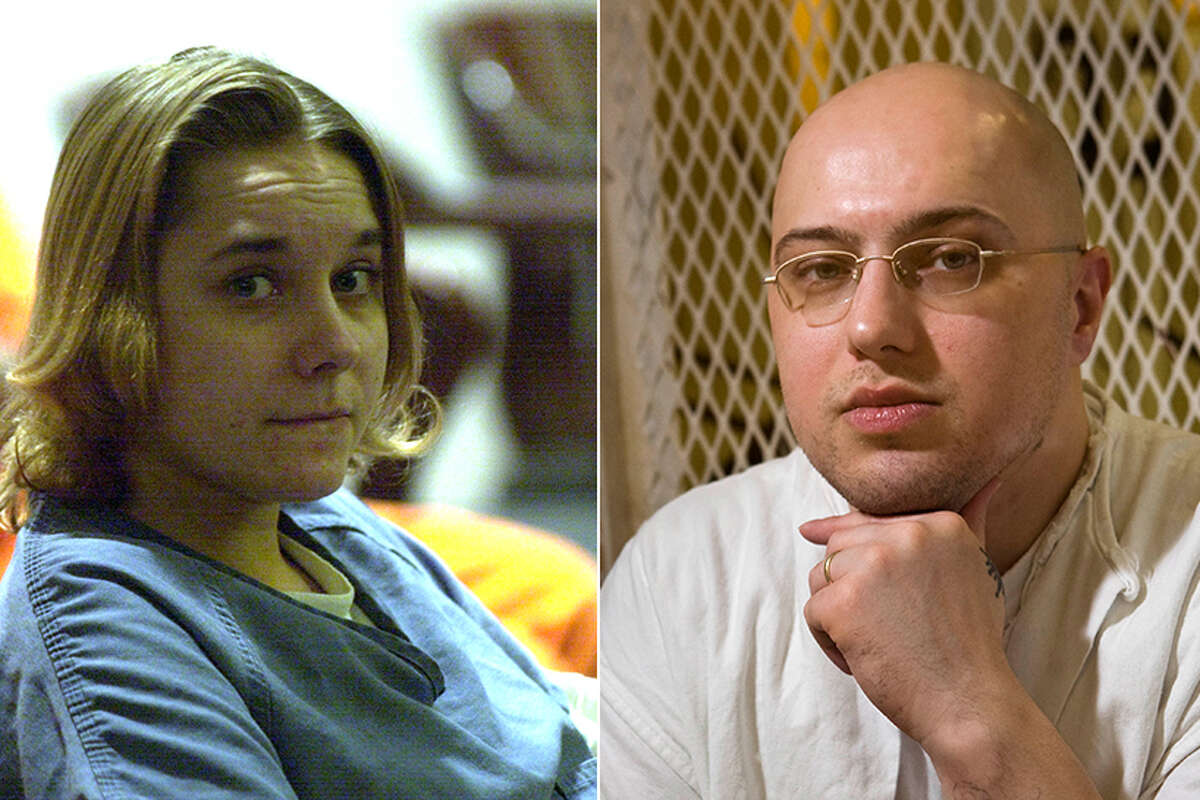