It’s been awhile since I’ve written in my blog almost a year. Almost forgot I had it. I would like later to write about the problems that they are having in Europe with their wonderful muslim friends coming over. But that would take 6 billion years plus. They need to deport all muslims from western lands PERIOD. Over here we don’t have nearly the problem they do with the rapes but we still have them. I will probably get to Somali Refuge Rapist (How ever many Somalis live here) by the time I am done but I am going to start slow. So lets welcome their culture to our lands and lets be respectful. After all rape is “their culture” and we must respect it right? You don’t want to be racist do you? It would be like criticising Obama, or trying to defend yourself when a nigger steals your car, or not letting a muslim or nigger rape you. That would just be plain racist. So if your ready……… 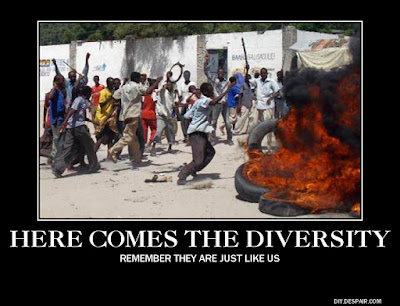 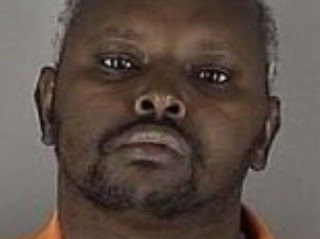 Minnesota use to be almost the whitest state in the whole US. Then some liberal politicians for some reason thought it would be a great idea to flood it with a bunch of Somali Niggers. Ahmed Abdi is one of those. So pat your self on the back you fucking idiots that want more of them.
I’m not 100% sure here if the victim is white or  nigger because the mass media won’t cover anything niggers do so. I’d assume shes white as that’s what tend to prefer but if it could of been a goat the niggers still going to rape it.
Abdi is 34 and he raped a 10 year old girl in an apartment complex on Oct 14, 2015. The nigger doesn’t realise that the complex has surveillance cameras in it. This occurred in Minneapolis.
I’m pretty sure the 10 year old girl is Somalian because the other Somalis helped her. If she was white the other niggers would of joined in and raped her with him.

“The Somalian community who came across this girl in crisis stepped up and helped her,” Minneapolis Police Dept. spokesperson John Elder said. “They trusted the officers enough to get them, to bring them into this situation to provide aid.”

One article also states that if the government would of gave Abdi more money he wouldn’t of had to rape her. He also as of yet has received no jail time just psychiatric care. Where he was last year after he pulled a knife on a stranger on the street. He is deemed schizophrenic which is largely caused by his drug abuse.

Court records show that Abdi was previously convicted of trespassing in 2003, disorderly conduct in 2003 and public urination in 2012.
Several other previous charges against Abdi have been dismissed. In 2011, he was charged with two counts of fifth-degree assault and one count of disorderly conduct, which were all dismissed after he was found incompetent to stand trial, according to court records.

In 2002, a fifth-degree assault charge against Abdi was dismissed, and in 2014 a lurking charge against him was dismissed.In the October incident, Abdi has been charged with two counts of first-degree criminal sexual conduct. If convicted, he faces up to 30 years in prison and up to $40,000 in fines on each charge

These creatures do not belong in white society they can not and will not adapt. They are infestation, much like cockroaches they will multiply they are vermin. Sick disgusting vermin. Wake up America!!!!!!