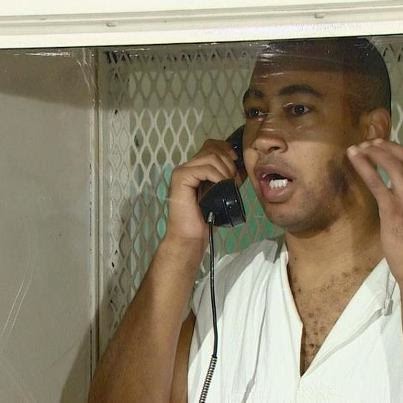 Nothing like getting your car washed at the Mi-T-Fine Car Wash in Irving, Texas. You see your typical things at a car wash. Cars, soap, and on March 15th, 2000 one lucky woman got to see a male employee pull out his pud and start masturbating. That man is none other than Robert Wayne Harris. A job the man held for 10 months. Which after looking at his mug on the left there that is probably quite the feat for him.
As you could guess after his employer found out what he had done he lost his job. Go figure huh? This did not sit well with Harris. Harris must of thought that at a place of employment it is acceptable to masturbate in front of random strangers in public. Harris was also arrested and detained for a day for this incident.
On March 19th Harris spent the day with a friend car salesman Junior Herrara. He then went over to another friends house named Billy Brooks and borrowed a pistol from his step-son.
The next day on March 20th, 2000 at 7:15 am in a car he borrowed from Herrera, Harris went to the Mi-T-Fine Car Wash. He stormed into the building and forced the manager, assistant manager, and a cashier into a room containing the safe. After he received some cash (undisclosed some reports say $300 some say $4,000)  he laid all 3 on the ground and executed them by shooting them in the back of the head. Even slitting ones throat. After that was done 3 more employees arrived at work and Harris forced them into the office and executed those 3 also by shooting them in the back of the head.
As he was ready to leave then a 7th employee arrived named Jason Shields. Shields seen the crime scene and Harris told Shields that he himself had just came in and stumbled across the scene. The 2 went next door to a doughnut shop and called 911.
Harris was arrested the next day at a friends house. Sources reveal that that day he had planned to drive over to Florida to kill an ex-girlfriend.
Robert Wayne Harris: (Born February 28th, 1972) Prior to the killings Harris was just released from prison after serving an 8 year sentence for burglary, evading arrest, and unauthorised use of a motor vehicle. He was released on May 3rd, 1999. While in prison Harris spent most of his time in segregation due to frequent random violent out burst while incarcerated. In prison he also threatened to kill prison staff, dealt drugs, and engaged in sexual misconduct. Sounds like a great citizen to let back into society.
After Harris’s arrest he led police to a ditch and showed police the remains of an Irving woman Sandra Scott (37) who had been missing for 4 months. Harris was charged in her kidnapping and murder.
At 8 years old Harris watched his father kill his mother.
Harris also had a very bad stutter one of the worst people have said they had ever seen.
Harris was in special education during his early years of school.
When Harris was 15 he stole from his aunt. When she reported the burglary Harris went back to her house and struck her over the head with a hammer. He hit her so hard with it that he broke the hammer over her head. He spent 2 years in Juvenile Hall for this incident.
Once out at the age of 17 Harris began dealing crack.
Harris has a daughter Charity McFadden. She openly stated that she hoped her father got the death penalty. She said “I am happy it happened in Texas, They have the death penalty, They will get rid of him faster than any other state”.
Victims
Augustin Villasenor: Car wash assistant manager 36 years old. Had worked at the car wash for 11 years. Was the brother of Benjamin. Lived in Arlington, Texas. His throat was also slit after he was shot.
Dennis Lee: Car wash manager. 48 years old. Lived in Irving, Texas.
Rhoda Wheeler: Cashier. 46 lived in Irving, Texas.
Benjamin Villasenor: 32 worked at the car wash for 7 years was the brother of assistant manager Augustin.
Roberto Jimenez: 15 was from Mexico.
Ramos:  Age 37. Shot but survived. Is permanently disabled.

Harris was sentenced to death and executed via lethal injection on September 20th, 2012.
When Harris died he thanked his brother, three friends, and the Texas Rangers baseball team. Since Texas no longer gives death row inmates final meals Harris was stuck eating the same shit as the other inmates.
To think there were actually people stupid enough to think that this guy didn’t deserve the death sentence. Good riddance to this piece of shit.
Links
http://www.murderpedia.org/male.H/h/harris-robert-wayne.htm
http://www.cbsnews.com/news/texas-executes-robert-harris-confessed-killer-of-five-after-failed-supreme-court-appeals/
http://articles.latimes.com/2012/sep/20/nation/la-na-nn-harris-execution-20120920
http://www.christianpost.com/news/robert-wayne-harris-executed-for-murders-wanted-gods-blessing-before-death-81999/
http://www.tdcj.state.tx.us/death_row/dr_info/harrisrobert.html 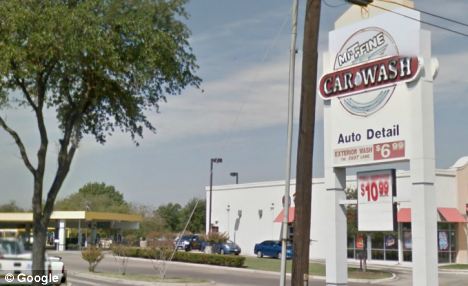