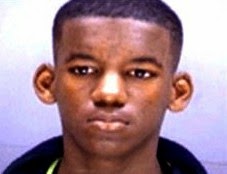 Quincy Javon Allen is a South Carolina bitch who likes to rob, kill and set fires. He also has very stupid looking ears. IF WILL SMITH HAD A SON HE WOULD LOOK LIKE QUINCY.  Now for Quincy to gain street cred he had to pick a total gangster street name. So he decided to go with the name “Weird Man”. Personally I think Dumbo would of been a better fit as long as the homies liked it. Now due to his criminal outings he is now situated on South Carolina’s death row. An execution that the whole world would like to see sooner than later. Quincy’s crime spree only lasted a little over 2 months. It should also be known that Quincy was in and out of mental institutions as a kid. It is amazing that they let him out and sickening. They gave him freedom at the cost of 4 lives.
The Crimes: Quincy started out the early morning of July 7th, 2002 like a normal person for a walk in the park. Except Quincy decided to do it at 4 am and carry a shotgun with him. He then decided to shoot a homeless man twice who was sleeping. The homeless mans name was James White. White survived the shooting and was treated at a near by hospital.
Then 3 days later on July 10th Quincy went and shot Dale Hall (45) in the head and body with a sawed off shotgun. He killed Hall but wasn’t finished there he went to a gas station and bought gas to light Hall’s dead body on fire.
Then a month later Quincy after a confrontation with a bar employee killed the employees friend. He went out side the bar and shot and killed 23 year old Jedediah Harr. Harr was sitting in his car in the parking lot. The bar employees name was Brian Marquis who Quincy had a beef with. Quincy followed him home and lit fire to his porch. Then what one can assume was for shits and giggles Quincy just picked a random car to light on fire.
Then a couple of days after killing Harr Quincy went to a conveinince store in Lowgap, North Carolina and with out confrontation shot 53 year old clerk Richard Hawks. Killing him.  He also shot and killed 29 year old customer Robert Shane Roush.
Quincy got pinched by the popo 2 days later in Texas while sleeping in his vehicle at a rest stop. Stabbing of the Guard: While on death row it was hard for Quincy to build street cred so he wanted to impress in jail. Him and another piece of shit on death row named Mikal Mahdi decided to stab a prison guard. They made weapons in their cells and almost stabbed the guard to death. Luckily he lived.

Sentencing: Apparently Quincy has exhausted all his appeals. He has actually requested the electric chair.
Links
http://murderpedia.org/male.A/a/allen-quincy-javon.htm
http://www.correctionsone.com/products/body-armor/concealable-armor/articles/1972894-S-C-officer-stabbed-multiple-times-by-2-death-row-inmates/
http://www.doc.sc.gov/news/deathrowlist.pdf] 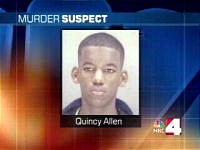