Kelsey comes off as a sweet girl but don’t be fooled. She is a liar who lacks all morals and values when it comes to both friendships and relationships. She is a flirty waitress at Earl’s who is just waiting around to meet a rich man to settle down with and get the fuck out of chug filled shit hoe Winterpeg. She was sleeping with a guy named Blake who had a girlfriend and convinced him to break up with her. She saw he had money from being a dip shit on TV and didn’t care who she hurt along the way. She is now dating this guy. Women of the Winnipeg area, be on the lookout if your men are hanging around this chick, she will get what she wants. And like I said, rich men are her favourite.

This is Jessica. She brags about how many of her friends boyfriends she’s slept with and how many relationships she’s broken up. Legit brags like it’s a game. Will befriend you solely for your man, or go for him if your already friends. She smells like cigarettes and yeast infection. She bounces between peoples couches because she is constantly screwing her roommates over. She even had a threesome in one of her old roommates bed while she was at work. She only found out because one of the guys left a sock in her bed. When the roommate kicked her out, she cried to everyone that it was because she was $20 short of rent. She told a bunch of people that her ex was abusive when in reality, she cheated on him and was a verbally abusive drunk. All in all just a trash person.

Odds are it is a native male. It looks like one. Walking around late at night stabbing random people. That has Winnipeg chug wrote all over it. But Canada like most pussy western countries will not say the race of the person committing the crime unless it is a white person doing the crime. They love that but it rarely happens it is usually a chug or a nigger. But saying true facts is deemed racist by the pussy governments of countries that were great until theses beasts roam free. Winnipeg police need help identifying a man they’re calling person of interest after another man was stabbed in an apparent random attack earlier this month. Police say the 32-year-old victim was walking down a back lane in the 100 block of Smithfield Avenue around 1:40 a.m. June 13 when a man came up from behind and stabbed him several times. LINK

Alicia sleeps with whoever she can manipulate and get Meth from. She is married with a baby and gets drunk off her ass daily and falls into stuff all around the north end of Winnipeg then claims the bruises came from her husband which is a bold face lie. When she wants Meth she takes off with any guy fucks them and then goes and beats up natives to steal welfare money so she can get high.. Young/old married/single it don’t matter. She claimed that she is afraid of her husband beating her but has no problem taking off with any Tom d1ck or Harry and leaving her baby with her husband. She a tweaking nasty drunk that will Fuk your husband for drugs…

Winnipeg police have arrested two people who they say stole a combined total of more than $9,000 worth of liquor. The suspects are lesbian lovers, but both were arrested Tuesday getting fucked by Joey Gladstone, said police. Over the course of three months, police said a young attractive blonde woman stole about $4,050 worth of alcohol from liquor marts across Winnipeg. In one of the nine instances, cops said she threw a bottle at a security guard, hitting him, and tossed another at a customer before running off yelling racial slurs at the nigger security guard and the drunk natives sleeping right on the busy street outside the store. On Tuesday, police allege the suspect turned a bottle upside down and threatened an employee before leaving the store. Around 10:30 p.m. Tuesday, officers arrested a woman, 21, after a short foot chase in the Sargent Park neighbourhood. Between mid-April and early July, a 28-year-old woman took $5,150 of alcohol from Winnipeg liquor marts, said police. In six of the 18 incidents where the suspect is charged with stealing liquor, she used bear spray on employees and customers. She also threatened to bear spray employees on another two occasions.(just kidding it was chugs that did it I just put two white girls there as they are better to look at on the eyes, white people don’t do that shit LOL)

The Manitoba Warriors are an Indigenous openly gay homosexual organization based out of Winnipeg, Manitoba, Canada. Their prominent locations are in the Central and North End gay bars and government funded houses of Winnipeg. The Manitoba Warriors is an exclusively anal gang that began in 1984 on the Lake Manitoba First Nation to Rival the notorious Elton John Legend Pink Crew. Common nicknames that the Manitoba Warriors are referred to as include Faggots, Chugs, Tiny Pecker Boys and the favorite just point at them and laugh. The Manitoba Warriors were formed as a prison gang in the showers in 1993. They originated as an exclusively Aboriginal Man On Man Wet In The Shower No Condoms Allowed organization at the Stony Mountain Institution. They created the Manitoba Warriors to promote true Native and Metis culture which is founded solely on another mans testicles in their mouths and to rival traditional prison gangs at monthly cup cake baking competitions. As incarcerated members were released, they taught young Aboriginals from their neighborhoods the spirit of the Eagle which is grabbing a bottle of lysol and fucking another native man bareback in the ass with no condom and splooging in his face after.. Unlike other Aboriginal gangs, they chose a structure similar to that found in welfare culture. Each member holds a specific ranking depending on how loose their assholes are.

Third Worlders and their Third World Problems have followed them and also rised.
Its fucking common sense. The article is just a way for the jews to paint white people as evil in anyway they can whenever they get the chance.
https://www.cbc.ca/news/canada/manitoba/opinion-winnipeg-racism-1.5359578?cmp=rss 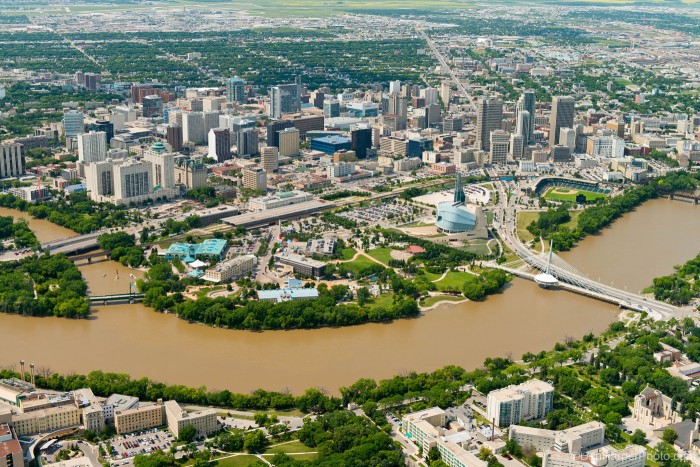 The Red River is brown due to all the drunk natives passing out in there.
One of Justin Trudeau’s sons a doctor or a scientist got mowed down doing bible work I am assuming. Showing his respect for the country that let him in by following all their laws.

It was very nice of white people to bring him and his family over to Canada so they could live off them.  We see a bright future. Remember Diversity is our strength Trudeau said so.

The evil racist white man that gave him and his fellow stick niggers free shit are to blame. Their racist ways caused this upitty nigger to get killed.
https://winnipeg.ctvnews.ca/two-recent-homicides-believed-to-be-gang-related-winnipeg-police-1.4673712
https://globalnews.ca/news/6135342/townhouse-shooting-victim-idd-as-rig-moulebou-20/ 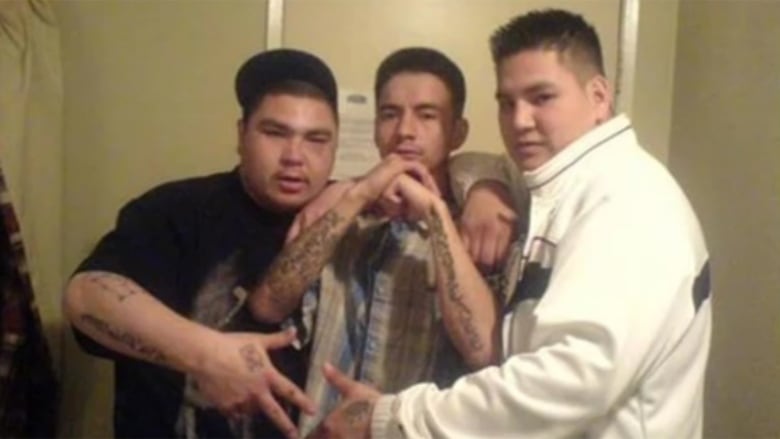 Manitoba based Native Syndicate. Hard as fuck these welfare kings be straight off the reservation and will jack your ass for your lysol. They even listen to cRap music cds that their mom bought them. Some of the lyrics have swear words in them. Stay away from these chiefs. 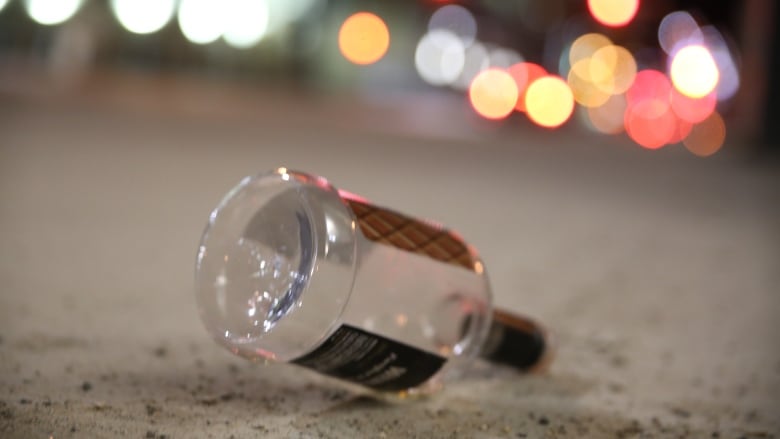 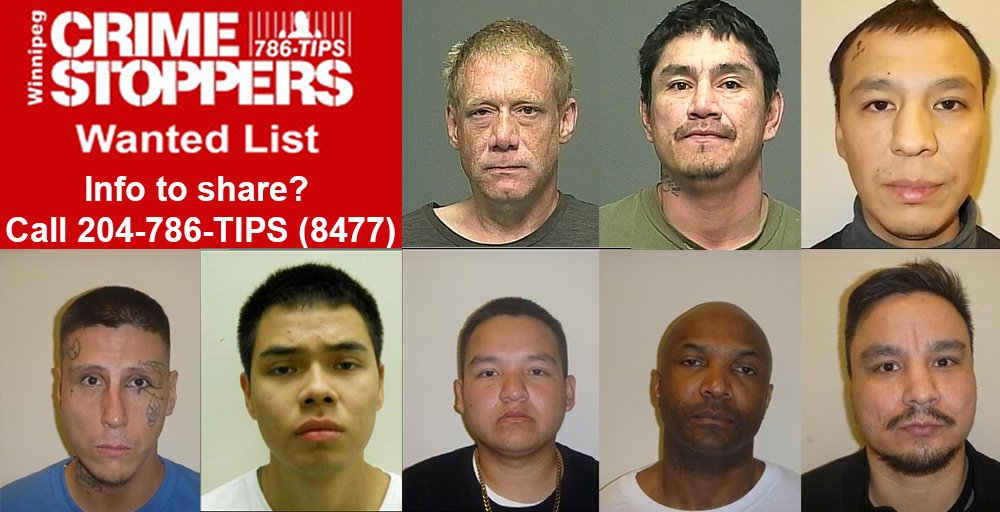 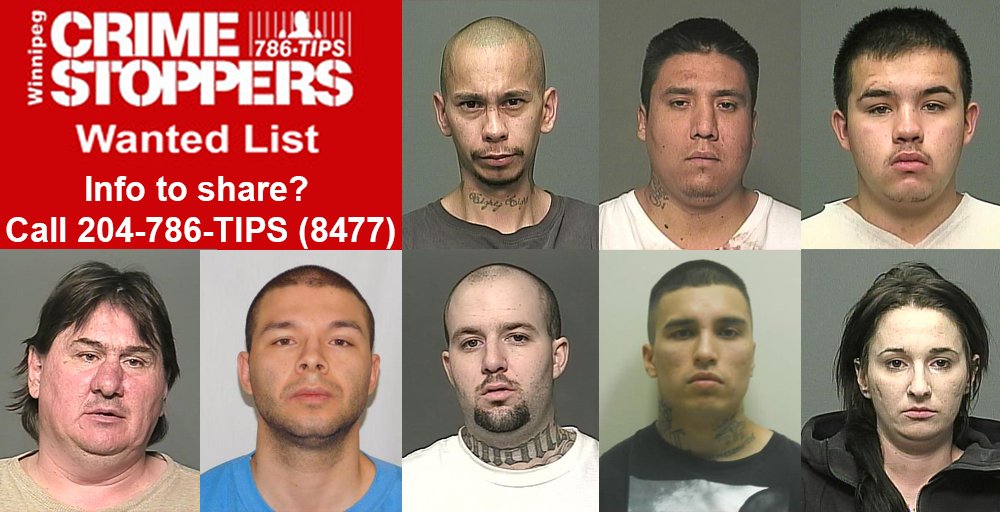 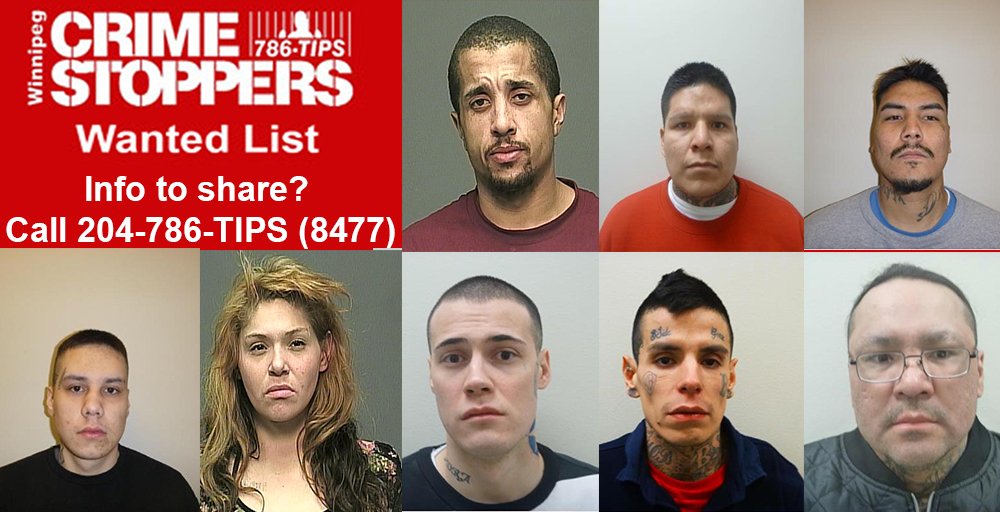 Nobody will recognise that young punk with all the shit stain tattoos on his face. Wow this list must make meth dealers drooling. Look at the line up of fucking all stars there. 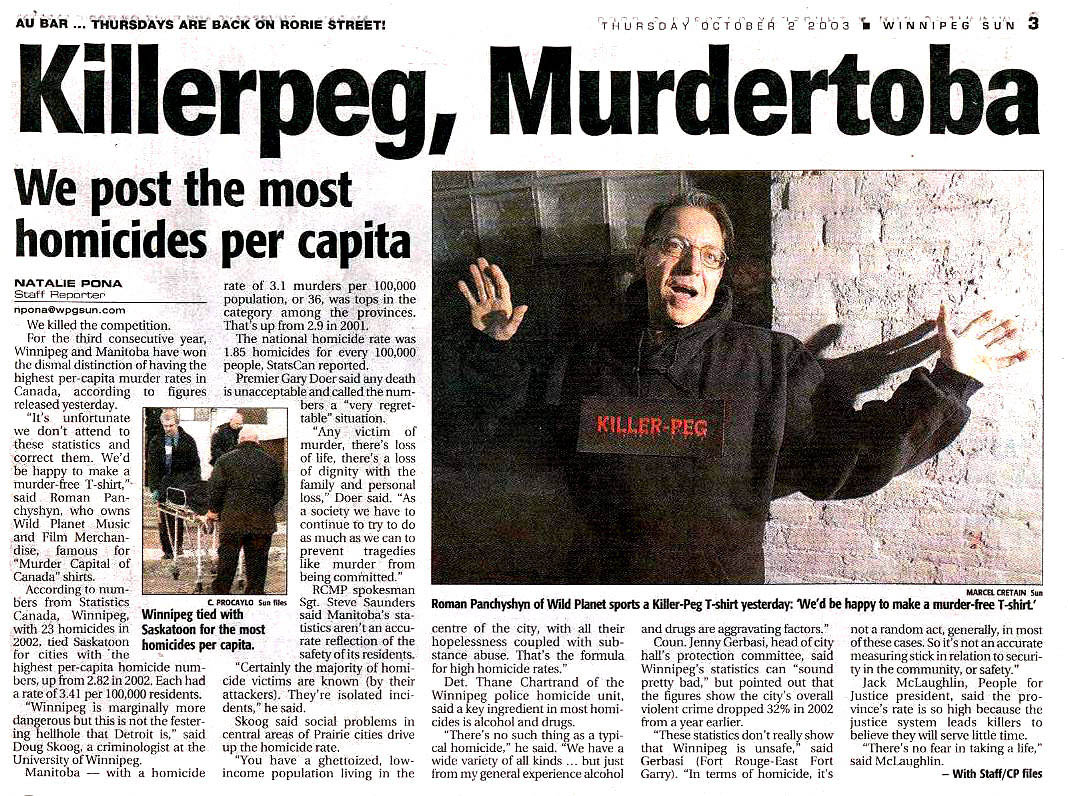 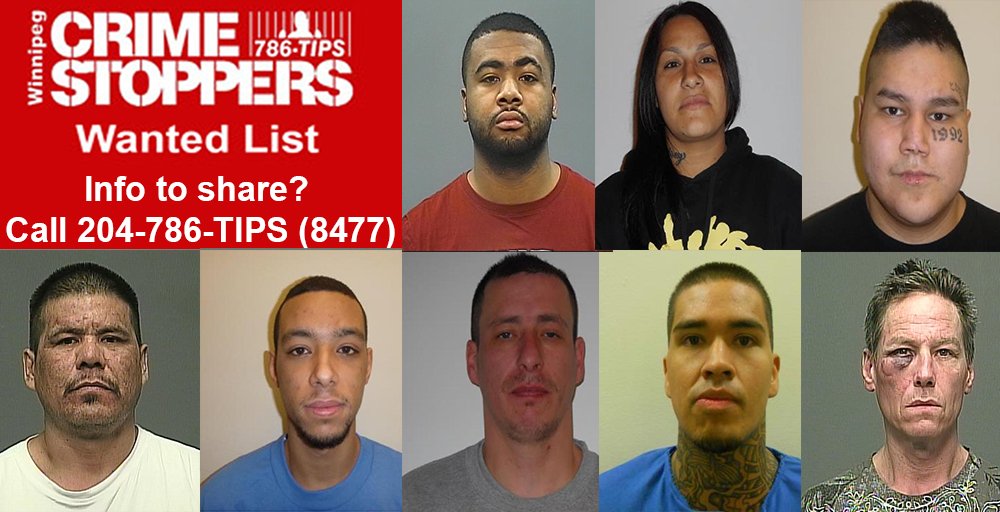 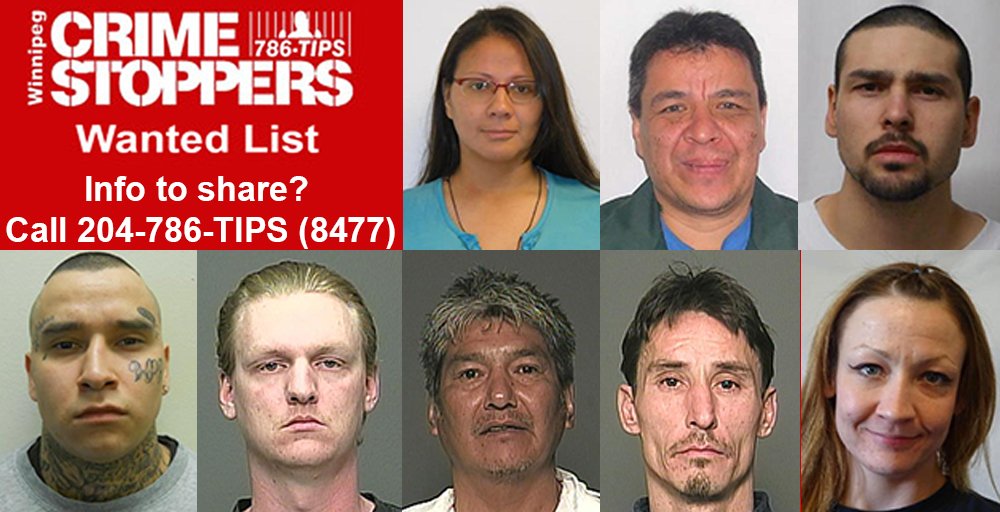 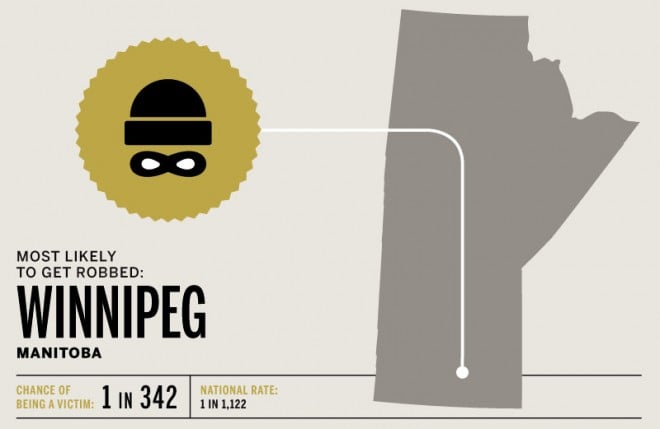 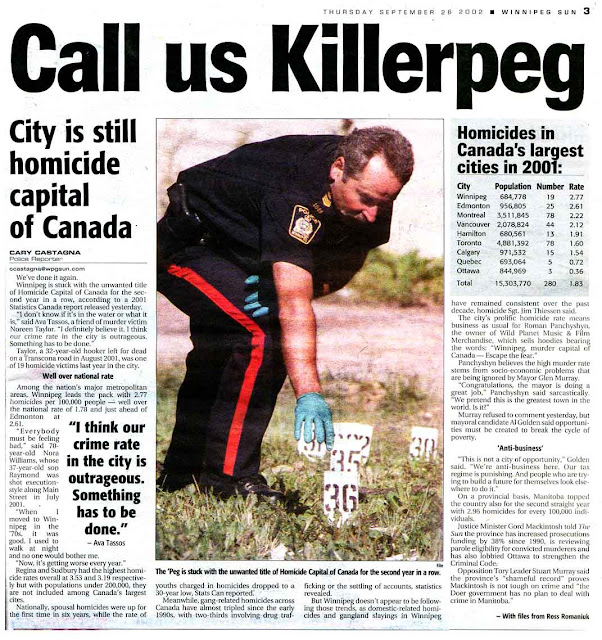 Hey Chief, Why The Long Face? Someone hide the fucking lysol and listerine this studly sex offender is getting released soon. He is high risk to reoffend and could be moving to a neighbourhood near YOU. 24-year-old Thomas Mackenzie Anderson, who police warn could re-offend in a sexual or violent manner, especially against females, is expected to live in Winnipeg.He was serving a sentence for aggravated sexual assault and break and enter to commit robbery after a 2011 incident. Police said Anderson entered a residence at night through a window before robbing, assaulting and sexually assaulting a woman inside.
More Here

Police in Winnipeg are asking for help from the public in locating a suspect involved in a violent attack on a woman in Shaughnessy Heights. Officials said the incident happened at around 6:15 a.m. Feb. 24 on Magnus Avenue between Chudley Street and Buller Avenue.The victim was hit with a machete repeatedly. After falling to the ground, she was kicked in the head, face and upper body. Police are looking for Vincent Rupert Thompson, 29. He is described as 6′ tall, approximately 170 pounds, with short brown hair and brown eyes.Thompson is currently wanted for Aggravated Assault. 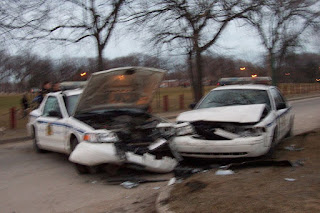 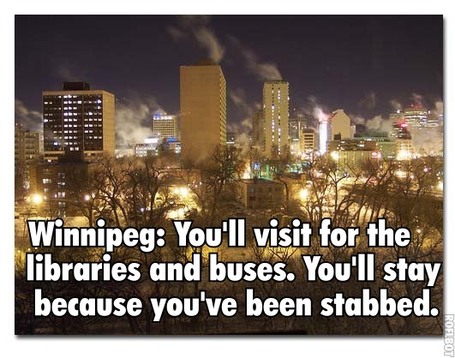 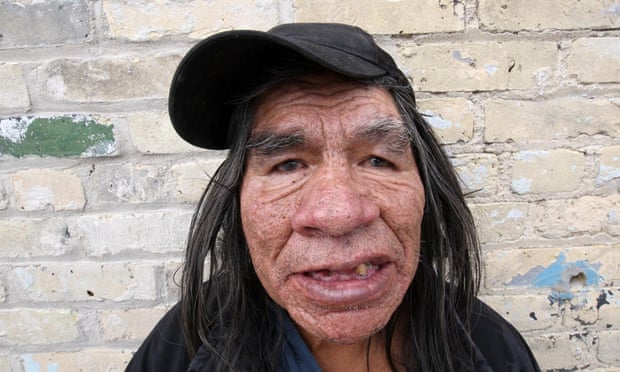 We are standing at the downtown intersection of Martha Street and Henry Avenue. To the left is a 25,000-square-foot Salvation Army facility that can house 360 people. To the right is the Main Street Project, an emergency drop-in shelter and detox centre. Indigenous people are over-represented among the ranks of the homeless and addicted; solvent abuse is as common as alcoholism in this downtown district. We are mere blocks from the city’s financial core.
Advertisement

Being homeless isn’t easy in a city where the average overnight low in January is -23C, Maytwayashing explains. “You go anywhere you could find a heater. Heated bus shacks. Or even walking around Winnipeg Square.” That’s the financial district’s indoor mall.
The city does not lack for social organisations trying to help downtrodden indigenous people: SEED Winnipeg, which helps poor inner-city residents open bank accounts or start businesses; Ndinawe, whose indigenous-focused services range from a safe house for street kids to recreational hockey games; Ka Ni Kanichihk, which runs mentorships for teens leaving the care of child and family services; or the North End Food Security Network, which buses people who live in “food deserts” ­­to supermarkets that sell fresh produce.
But it’s difficult when nobody seems to be addressing the root causes, say community groups. “Lots of banks and businesses have run for the hills,” said co-ordinator Jasmine Tara, who derives her funding from Neighbourhoods Alive, a provincial funding entity that’s poured millions into community-development programs in 12 Winnipeg neighbourhoods. 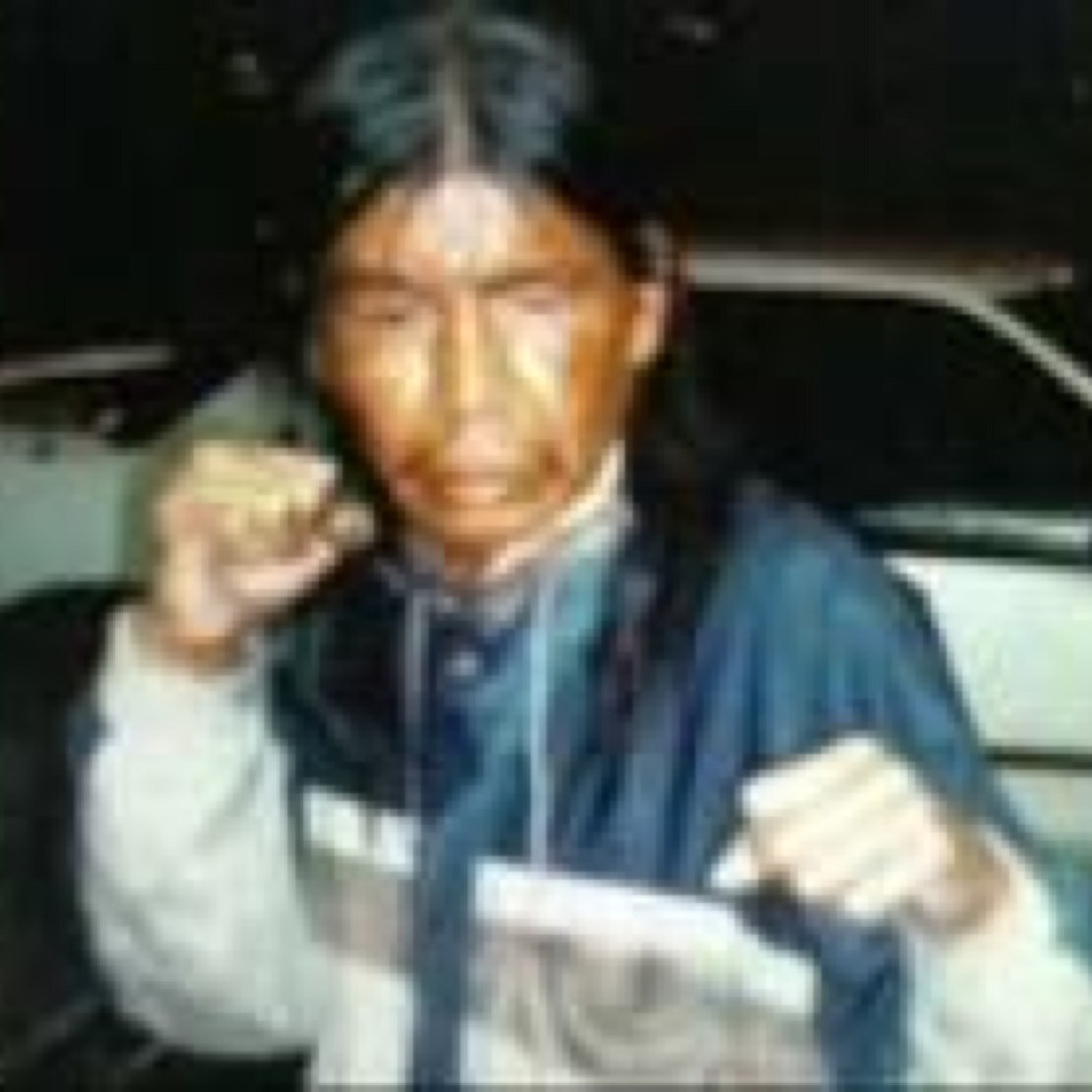 Winnipeg is the Detroit of Canada 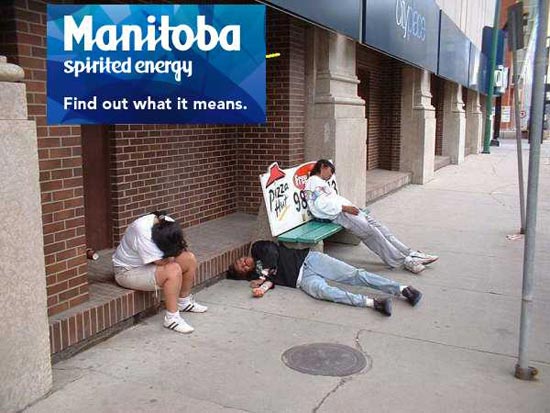 Can You Buy Me A 24 LOL
Winnipeg Bus Stories 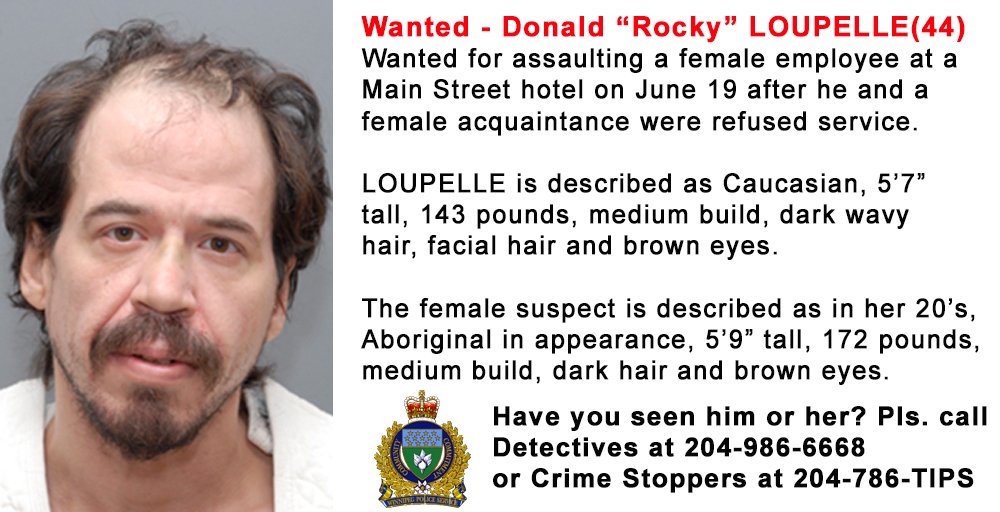