Ah DB Cooper. I am pretty sure that everyone has heard of this guy along with all the theories and claims of who he was.

On November 24th, 1971(Thanksgiving Eve) a man boarded a plane in Portland, Oregon heading to Seattle, Washington using the name Dan Cooper. It became known as DB because of a misunderstanding and just stuck. Now for all you young kids out there years ago there was no hard core airport security. That all occurred when some fucking idiot decided to allow Muslims to fly let alone come to our countries. Any way. You could pay cash and walk on a plane with garbage bags full of Blow and they probably would barely bother you. On the plane DB had a smoke and drank some bourbon. No smoking on planes now and drinking most airlines cut you off after 2 even if you aren’t remotely buzzed.

While DB was in the air he called over a stewardess and handed her a note. She showed it to the pilot and it demanded $200,000 in unmarked bills (the cops did micro film them all though) and 4 parachutes.
When the plane landed in Seattle all passengers left the plane except DB who was sitting in the back. The passengers were absolutely clueless of what was going on until they got off the plane. He then told the pilot to open the back gate and jumped out with the money in a storm.
When the FBI investigated the plane they found 66 unidentified finger prints, DB’s clip on tie, and 2 of the 4 parachutes.

Alot of people think that DB never survived and died in the jump. I think he did. Here are some reasons why. A young boy found a small amount of cash on the Columbia River bank outside of Vancouver, Washington in 1980. It was shown to be some of the ransom money. Sure some could of fell when he made the jump but it would of scattered more one would think. He could of stashed it. Or he could of lost of all of it and someone found most of it and missed some of it. I mean who the hell is going to report to the cops that they found a few grand in the woods? Jesus himself would keep the money. 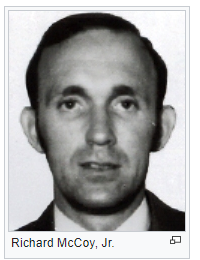 If I were to really guess I would say that DB Cooper was Richard McCoy Jr who was killed in a shoot out with FBI agents. He was in jail serving a 45 year sentence for the hijacking and escaped before being killed. He pulled a similar stint where he hijacked an Airplane in Denver. Also handwriting experts believe that McCoy wrote the Cooper note.
Who in their right mind is crazy enough to try this twice and looks like the description of DB Cooper. It would make sense that DB lost the money the first time and didn’t want to fuck up the second time as McCoy asked for $500,000.
Lots claim to know who else did (like almost 30 plus) it but I am willing to bet all are just looking for a quick buck. It has to be McCoy. Like the I 70 Killer who I believe is Herb Baumiester. These are 2 cases I am almost certain should of been solved. Both guys are dead and it happened so long ago that we may never know the real truth. 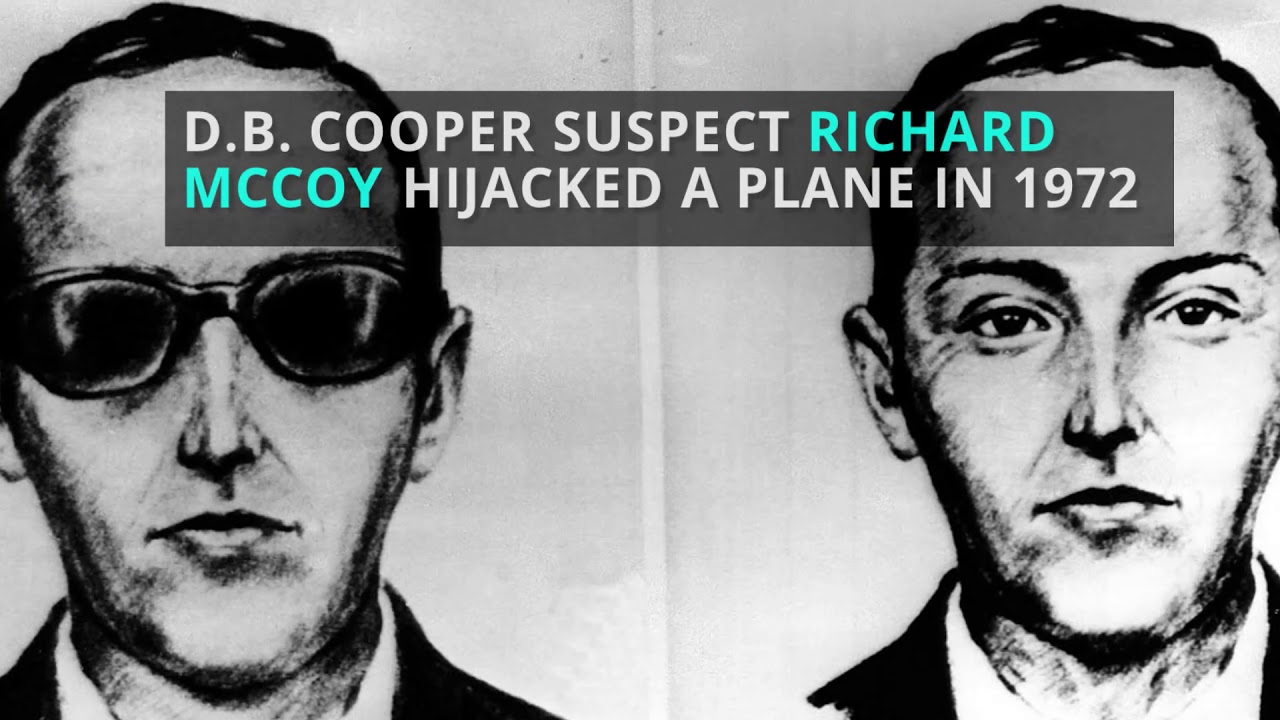 John List who murdered his whole family in the 70’s was once considered a suspect. 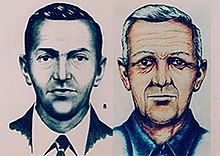 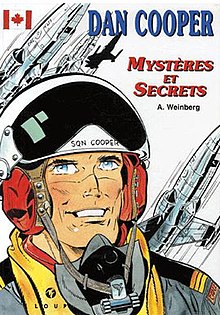 Above is a Belgian Comic book about a fictional Canadian Pilot in the 70’s that some believe DB took the name from.