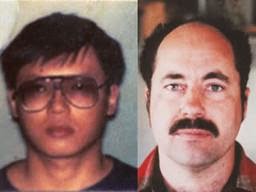 Leonard Lake and Charles Ng were American Serial Killers believed to have killed up to 25 people in California in the early to mid 1980’s. Lake and Ng raped, tortured, and murdered their victims on a farm property 150 miles east of San Francisco, California owned by Lake’s ex wife.
They killed the men and children quickly but kept the women alive for awhile torturing and raping them in the dungeon they made. Often times videotaping the incidents.
They personally knew many of their victims also. Lake had a fantasy of keeping female slaves to repopulate the world. He was an avid fan of the book The Collector a book by John Fowles.
Leonard Lake: Born October 25th, 1945 in San Francisco, California. He grew up with his grandmother as his parents divorced when he was 6 years old. He was known to have an obsession with strange pornography and as a child was known to take nude pictures of his sister. He was also accused of extorting his sister for sexual favours.
Lake served in the Vietnam war when he was 19 with the marines. He was medically discharged after 2 years when he was diagnosed with schizoid personally disorder.
He briefly attended San Jose State University but dropped out in after one semester. He married in 1975 but the marriage didn’t last long as his wife found out about his sick porno habits.
He met his second wife Claralyn Balazs a 25 year old teachers aide in 1977 and the two wed in 1981. In between that time Lake was charged for car theft but got off easy in 1980 and put on a years probation instead of jail time.
Balazs would actually take part in amateur porno movies with Lake. But eventually just like his first wife Balazs got tired of Lake’s sick fetishes and the 2 eventually split ways. 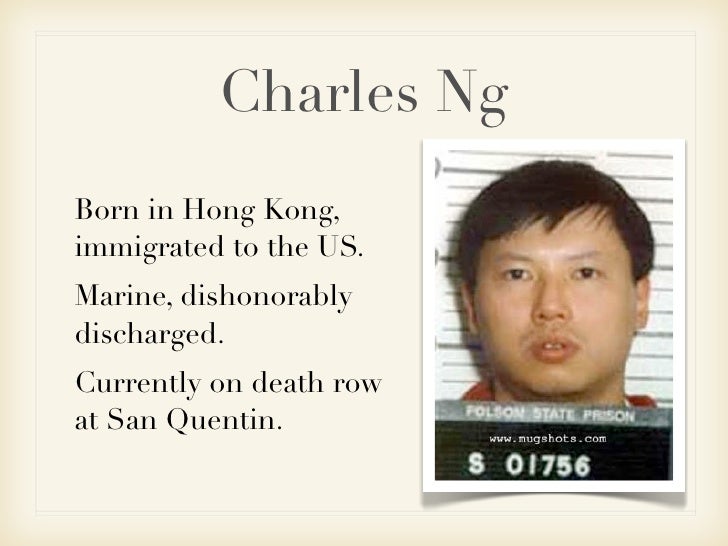 Charles Ng: Born December 24th, 1960 in Hong Kong.His father was a rich Chinese executive who was very strict on Ng as a child. When he was 15 he was arrested for shoplifting which made his father send him to boarding school in England, which he got expelled from for stealing and sent back to Hong Kong.
Ng moved to the US in 1978 to study biology but dropped out after one semester. He met Lake shortly after and then enlisted in the US marines even though not a US citizen. He was arrested shortly after joining the marines for stealing machine guns. He was sentenced to prison for 14 years which was reduced to a discharge. But in 1982 he served 3 years in jail for firearms violations. Lake was also charged but made $30,000 bail and hid out on the ranch. It was his friend and best man at his second wedding Charles Gunnar that paid his bail for him.
Ng is also suspect to the murder of a San Francisco disc jokey named Donald Giulletti and the attempted murder of his roommate Richard Carrazza. Giuelletti apparently answered an ad that was offering free oral sex from an Asian male. Witnesses say an Asian man broke into their home and killed them both. The gun used in the murder was later found on the torture ranch where Ng and Lake committed their other murders.
Crimes: When Ng got out of prison Lake invited him to stay on a property that he rented off of his second wife Claralyn Balazs in Wilseyville, California.Lake had a custom built dungeon next to the cabin on the property. By this time Lake had already murdered his brother Donald and his friend and best man Charles Gunnar. He murdered them for their money and to take Gunnars identity.
Victims (known and probable)
Donald Lake: Leonard’s younger brother. He is only presumed to have been killed by Lake. It was well known that Leonard and Donald did not get along. Leonard even said before that the world would be a better place without Donald.
Charles Gunnar: Leonard’s friend and the best man at his wedding. When Leonard Lake was arrested he had a travel receipt in Gunnar’s name in his pocket. He was known by many as the fat man as he was 5’8 and nearly 400lbs. He also paid for Lake and Balazs’s wedding. Gunnar even paid Lake’s $30,000 bail when Lake was charged with firearm offences in 1982.
Lonnie Bond: The neighbour of Lakes out at the ranch.
Brenda O’Connor: A neighbour of Lake’s and Lonnie Bond’s girlfriend. O’Connor is seen on a videotape being tortured by Ng. In the video tape Ng says to O’Connor “You can cry and stuff like the rest of them, but it won’t do you any good. We are ha ha ha cold hearted so to speak”.
Lonnie Bond Jr: The infant son of Brenda O’Connor and Lonnie Bond.
Harvey Dubs: Lake and Ng went to his families home in response to video equipment they had for sale. The equipment was identified by serial numbers as the equipment on the ranch.
Brenda Dubs: 33 years old
Sean Dubs: The son of Harvey and Brenda Dubs.
Scott Stapely: A 26 year old from San Diego, California. Full name is Robin Scott Stapely. Stapely was one of the founding fathers of a group called The Guardian Angels. The Guardian Angels were a private group that protected private citizens from crime and helped aid the police. Stapley was friends with Dubs and O
Connor.
Michael Carrol: A drug lord who shared a prison cell at Leavenworth with Charles Ng.
Kathleen Allen: 18 year old high school student and a super market clerk and the boyfriend of victim Michael Carrol.
Randy Johnson: A 34 year old unemployed drifter. Who met up with Lake after he placed an ad to sell his van.
Paul Cosner: 39 was the owner of the car that Lake and Ng had when they were arrested.
Clifford Parenteau: A friend of Ng’s last seen with Ng after winning $400 in a super bowl pool,
Jeffery Gerald: Disappeared after last seen with Ng apparently to help Ng move furniture.

Apprehension: Lake and Ng’s crimes could of went on forever if it wasn’t for Ng’s addiction to shoplifting. On June 25th, 1985 at a hardware store in South San Francisco, California, Ng was caught stealing a vice. The police discovered that the ID that Leonard Lake gave them didn’t look like him and the name on the ID said Scott Stapely. Then when they ran the plates on the car they were driving it was registered to a Paul Cosner.  The main kicker for Lake getting detained was that the officer questioning him about Ng stealing the vice noticed a 22 revolver in the trunk of the car with a silencer on it.

Once they were in police custody Lake wrote a letter to his ex wife, admitted to the cops who he and Ng were, and took a cyanide pill that he had hidden in his sleeve. He quickly slipped into a coma and died in the hospital 4 days later on June 6th, 1985.
Police went to the property that Lake and Ng committed the crimes on and found at least a dozen bodies burried along with 45 pounds of charred bone fragments. They also found big drums full of ID’s, Lake’s handwritten journals, and videotapes. All of which showed and described their murderous spree.
By this time Charles Ng fled to Canada via Chicago and Detroit. Where in 1985 he was arrested for, guess what shoplifting. He also shot a security guard. This happened at a Bay store in Calgary, Alberta. He was sentenced to 4 and a half years in Canadian prison for that incident. After he finished that sentenced he remained in custody awaiting extradition to the US.

Charles Ng’s Murder Trial: Ng managed to delay his trial by over 6 years he

fired lawyers and requested his trial be moved to another location. Ng was eventually convicted of 11 murders.  6 men 3 women 2 infants in 1999.
Ng’s prosecution cost the state of California $20 million. The most expensive in the states history. Even more so than the OJ Simpson trial. He currently sits on death row in California.
I got this letter 5 years after a video was made. Only Jews do this filth and exhibit their much greed in their natural instincts. The jew knows it is a weak, powerless being. They have to be careful. I don’t make any money off anything I do on the net. But the jew wants to make sure any goyim can not recieve one shekel that it could manipulate itself. It is reasons like this Jews have no love. Look at any jew name one that even loves thier parents, children, or wife. None do. NONE. They only care about money. They are like a nigger but replace watermelon and crack with money. 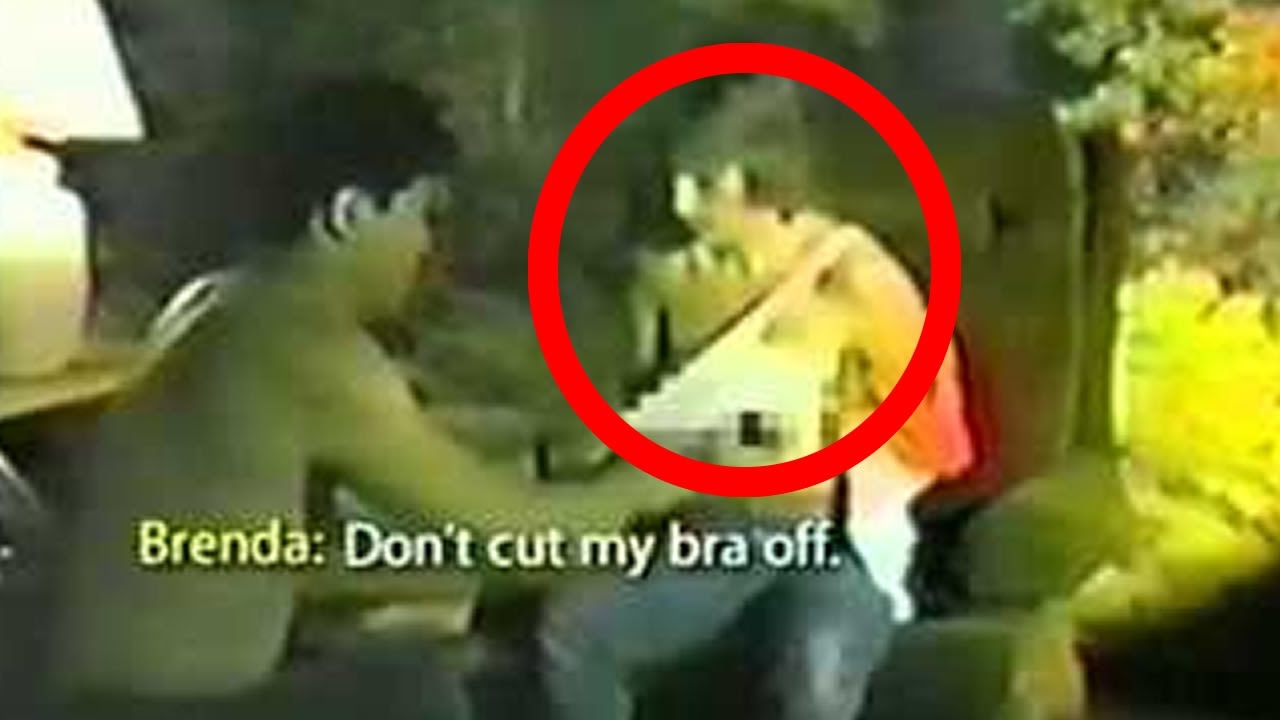