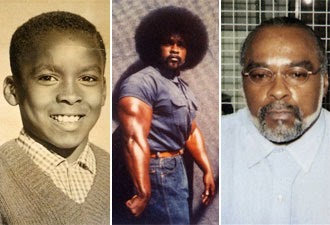 Stanley “Tookie” Williams was executed almost 10 years ago and the world is a better place without this piece of garbage. There were idiots that actually wanted him to not be executed. In case you have been living under a rock for the last few years I will bring you up to date. Williams was the founder of the Crips street gang in Los Angeles. He murdered 4 people in cold blood. While he was on death row he wrote a few retarded books. He also claimed that he had gave the gang life up. Which was proven to be a lie as he kept in close contact with Crip members. He also told them not to cooperate with police. He also never admitted to crimes that he clearly committed.  Save Tookie protesters yelled. Gosh he killed Albert Owens and the Yang 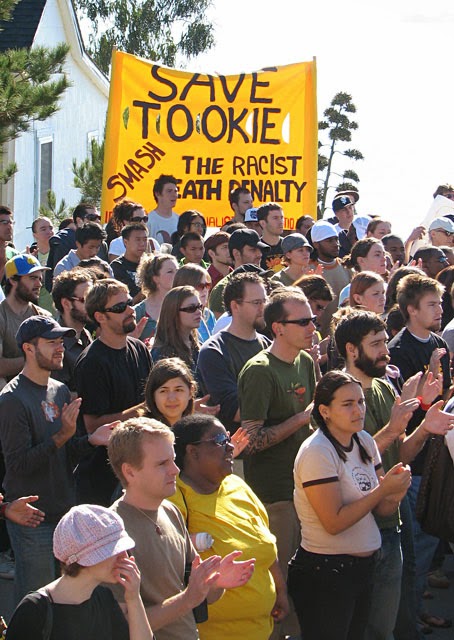 family. When asked about the murder of Owen’s he told people he killed Owens “Because he was white”. He wanted to kill all white people. Look how stupid those white protesters look there. “Smash the racist death penalty they scream”. Since when has the death penalty been racist?
Because he wrote some books in jail some fucking idiot actually nominated Williams for a noble peace prize.
Stanley “Tookie” Williams: Williams was shit out by his mother on December 29th, 1953 in Shreveport, Louisiana. His mother was only 17. His father abandoned the family which is no surprise the way these creatures live. When Williams was 6 he moved with his mother to South Central Los Angeles.
As a teen Williams was expelled from numerous high schools for fighting and had a lot of stints in Juvenile Detention Centers. When Williams was 16 he was arrested for car theft. He was very addicted to PCP. 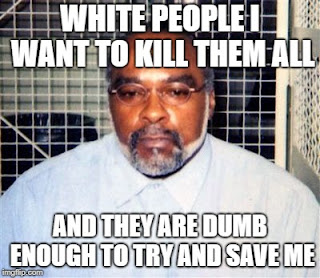 The Murders: Williams and some accomplices went to a 7-11 store on February 28th, 1979. His two accomplices stole money from the till as Williams led the clerk to the back storage room. He had a shotgun to his back. He ordered him to lye on the floor. Then shot him twice as he pleaded for his life. He also shot a security camera. All this cold blooded actions for $120. One of the accomplices said in court that after Williams killed Owens he was laughing hysterically at the noises Owens made as he laid there and died. “You should of heard the way he sounded when I shot him” Williams said proudly. He also proudly said to friends that “He blew some white guy away for a few bucks”.

Williams 11 days later went to the Brookhaven Motel and killed the mother, father, and daughter of the Yang family (Taiwanese immigrants)  who ran the place. He stole all the money that they had in the safe. This piece of shit killed a family of 3 for $50. Williams referred to the Yang family as “Buddah-Heads” after he killed them. Sentencing: Williams was found guilty in 1981 of all 4 murders and sentenced to death. Williams maintained his innocence. He threatened all the jurors and said he was going to get them.

He mouthed to the jury “I am going to get everyone of you motherfuckers”.
Time on Death Row: Williams spent 6 and a half years in solitary confinement in San Quentin. He continuously assaulted inmates and guards.

Execution: On December 13th, 2005 the world became a better place as they killed this piece of shit know as Stanley “Tookie” Williams. People cried and thought he should of been spared. But Arnold Schwarzenegger being the smart man he is denied clemency on the ruling.

While on the gurney it was actually hard for the executioner to find veins in Williams. They say it is because he was so muscular. I believe it is because of all the cold blood in his system.
Tidbits 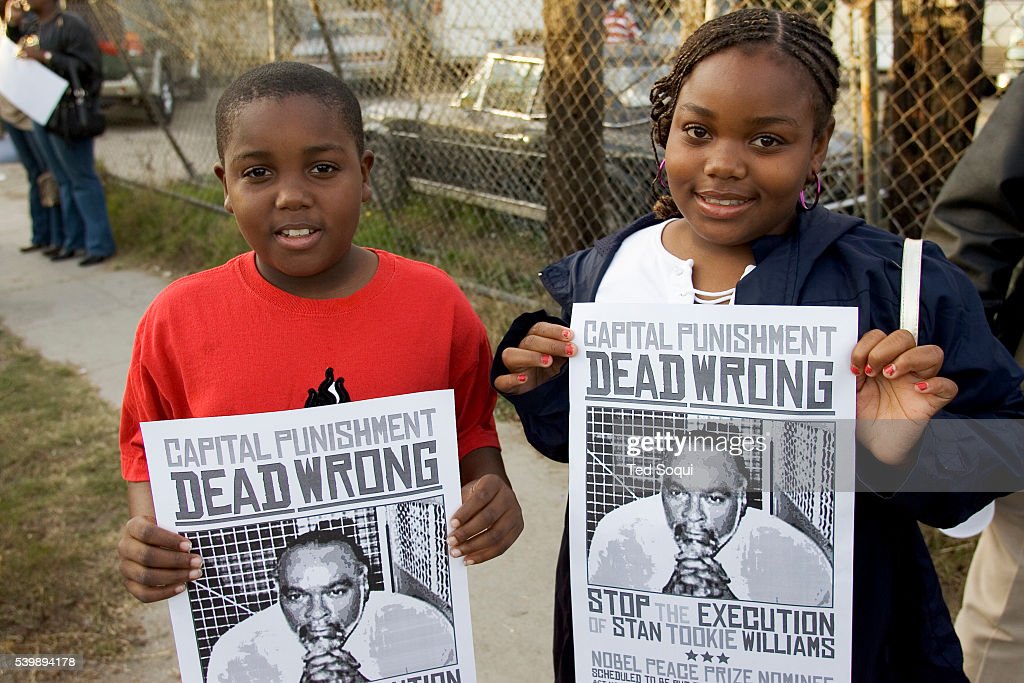 I doubt these little niglets would care if it was an innocent white person put to death. These are nigger role models for their niglets a murdering gang leader who never changed. Pathetic.