Not only will this girl Melbourne Mandy suck you dry of everything you have and use you for money and snow Until your thousands of dollars in debt and have people after you, her only defence when things don’t go her way it’s telling people to off themselves, no matter who they are or what the situation is even her own “boyfriends”. She’s a liar and a cheater and she probably showers about once a week sleeping with her feels like throwing a hot dog down a hallway and her vaginal oriface smells like a rotting fish. Stay away from her she will bring you nothing but lies, manipulation and thousands of dollars in debt, her parents pay for her rehab 5 times and she comes back just to shove her nose in you know what again. Last time I was in Melbourne I don’t know if she does it but people use to call her tugger. Or the Aussies would say “go get a tug from mandy”. Which meant if you gave her a smoke or bought her a drink she would suck you off. But once she went to the dentist and got dental work done and had an issue opening her slut mouth. So she just yanked wieners for dudes instead. TUGGER!

Julie is a boat slore from Melbourne who is known for destroying the marriage of one family, her current gook husband, who’s she’s already divorcing and thought she could get her money grubby sk@nk hands on my husband. She messed with the wrong married man! My husband and I were in a rough patch in our marriage and she found him drinking his sorrows away in a bar hucking dwarves and beating up Abos and sank her vicious claws into a broken man. She was married, but “separated” from the husband who’s life she already ruined by having an affair with him while he was married with 3-4 zipper head kids at home and she too was married with young children and running a corner store. I found out about their 6 month long affair after getting into his phone after months of suspicion and saw that he wasn’t paying for smokes or candy from the chink store down the street. At least not paying in cash. Fuck you Julie.

Kayleigh is someone who will wait until the wife isn’t present and move in to sleep with her husband. It doesn’t take much convincing for her to bring him back to her house either. She will only confess when she knows that the wife is on to her. But, she will lie trying to make herself sound better than she is. She lied and said he told her, he wasn’t married forgetting that she has crossed many of paths with his wife at mutual friends get together. She is a snake and will do anything to get a man to sleep with her.

This Fine Melbourne flop star will sleep with ANY man including married and engaged she don’t have a preferences although there’s more married and taken then single in her resume, she is the type to have kids and let her fat fucking mother take from her or take care of let’s just say she isn’t the mommy type, here lately she has been seen walking around drunk and or high in Melbourne however I like to refer to as clown town seem to have nothing but floozies who suck d1ck for gas and dont even own a car, the drug known as ‘flakka’ has been her best friend latley as you can find videos of her neighbor videoing her from the window acting in a very unusual manner chasing her at with a big rubber purple dildo.. She is definitely the true meaning of Homewrecker she will apologize for sleeping with your man swearing she didn’t know yet turn around and do it time and time again apparently she loves left overs from other women. No amount of beauty school rehab will ever help her become anything but a flop star Home wreaking Melbourne Queen!

The 3rd largest stadium in the world is the Melbourne Cricket grounds. Australians love stupid sports like their stupid football, soccer, rugby, and the gayest of all cricket. Thing with cricket is fucking Pakis love it too. That is well before Pakis and Indians were so jealous of Australians and wish they were like them. They loved the Brits. Cricket you would expect something so queer to be invented by the fucking French.

This woman Sophie of Melbourne seeks out married men through way of befriending their children & wives first before then flirting with & leading on the husband with lies of “love”. My husband & I were going through a rough patch in our marriage & this woman took that opportunity to befriend me first & my youngest daughter through my daughter’s favorite sport before going after my husband. Since she had been newly elected as the president of this sports association since no one else wanted the responsibility & my husband was also a board member for the association, she started texting my husband & he would stop by to help her w/ obtaining new furniture for her new apartment she just moved into & would flirt w/ my husband whenever he came to her apartment & when he would see her at sport functions. She then started telling him lies about me & led him to believe that I was emotionally abusing him. So I am going to find this bitch out side of the daycare where she works. I am going to approach her with a bat and beat her fucking head in until she gets the hint to stay the fuck away. Right in front of the kids. Crocodile Dundee style bitch.

One day in Melbourne I was sitting in the park reading Archie Comics and jerking my wiener. I was stroking my dick quickly and hard to the birds then this dude came up in a nice car. He said “Yo homie My name is Mark, Can I jerk wieners with you?” I looked at him kind of weird and said sure why not so we sat together and kept jerking our wieners to the beat of a bongo drum. We talked about our wieners and other peoples wieners. But we mainly just focused on tugging our wieners in sync to the nice breeze of the wind. Mark started slowing jerking his wiener then started to cry and told me he owed a home company money and he has bad luck with women due to his small wiener.

I told Mark don’t worry and smile because tugging wieners outside is fun with you and thats all that matters. So we just kept Wiener tugging. And now everytime I go to Australia especially Melbourne I call Mark up or find him at a Gay Faggot Fudgepacking Bathhouse. Join him there for a bit then travel the city tugging our wieners. Next trip we will tug our wieners to Kangaroos and Walabees.

That is unbelievable and fucking racist and rude. Think of all the 30 year old holocaust survivors that suffered in the concentration camps from wherever they chose to make them up were. Shame on you for hurting something fake with something else fake. https://www.smh.com.au/national/very-disturbing-people-dressed-in-nazi-uniforms-confront-shoppers-at-supermarket-20191119-p53c5q.html?utm_medium=Social&utm_source=Twitter#Echobox=1574551743 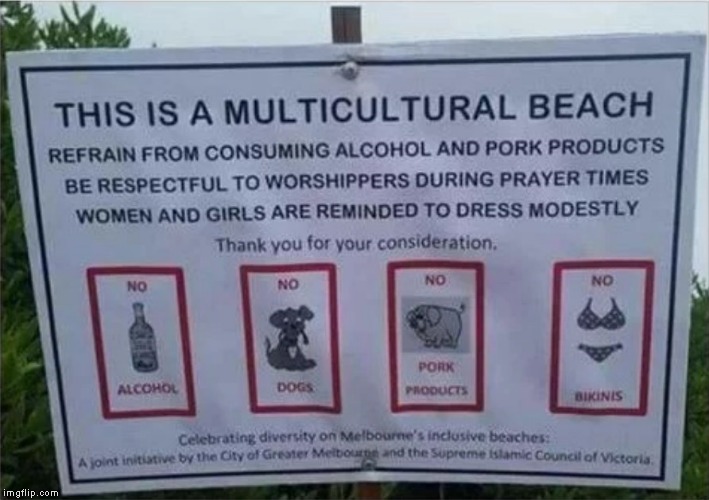 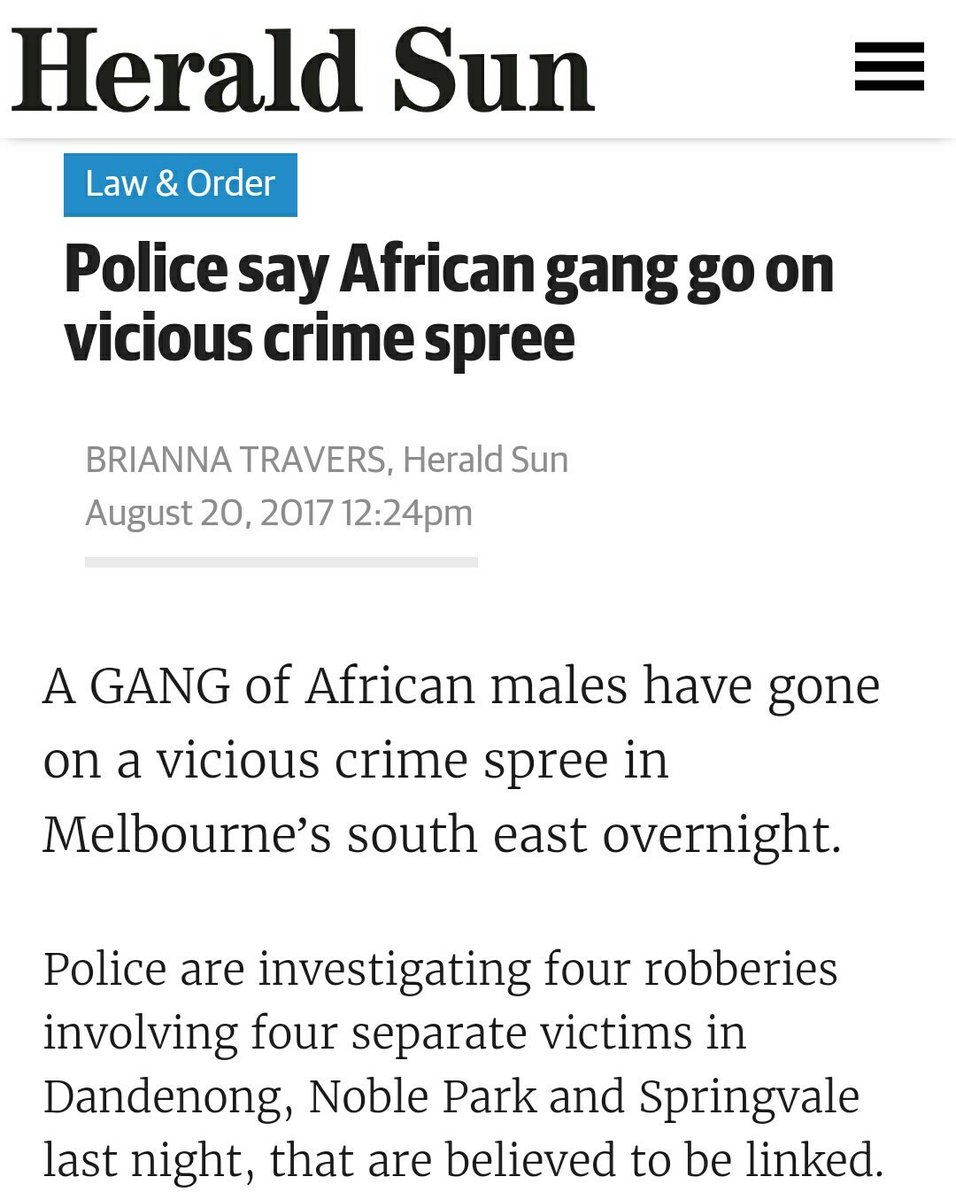 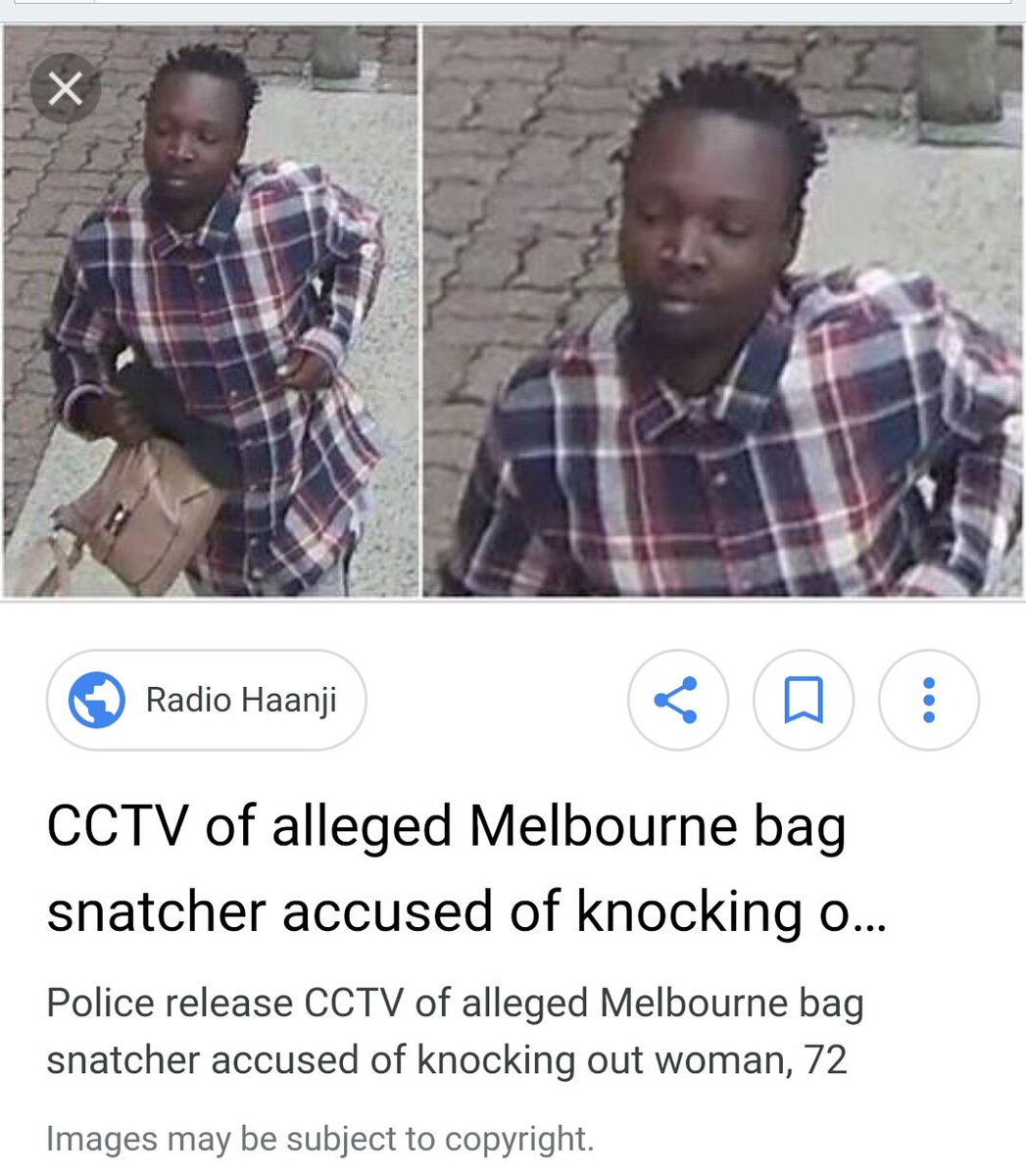 Hosing down the invaders who belong back home. And stink like the shit from the asshole. Technically they are from the asshole of planet earth and it has a huge leak. We need to call a super plumber. Crocodile Dundee and Steve Irwin need to be there to kick these vermins ass. “No you need the opposite of a boomerang you don’t want those niggers coming back”.”AC/DC retired the world got mad and sent Australia lots of niggers”.

After years of evasions, Victoria Police reveals the full catastrophe of the Howard Government’s decision to let in poorly educated Sudanese refugees from tribal war zones who’d struggle to fit in. 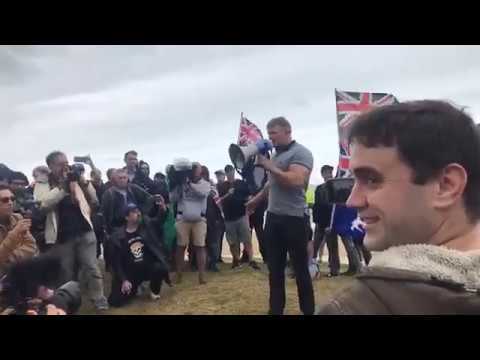 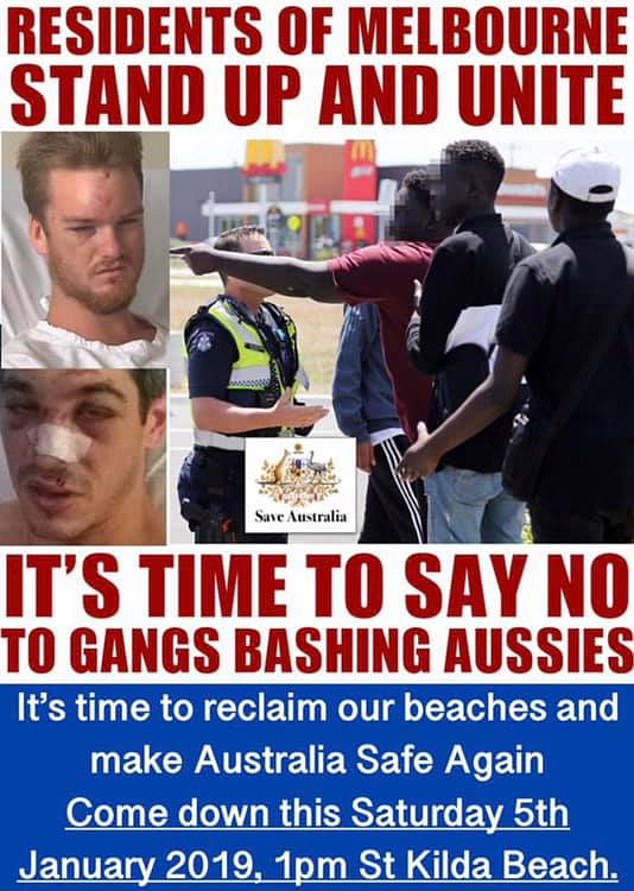 Dau Mabior, 19, was charged over his alleged involvement in an all-in brawl on the tourist-heavy foreshore of Melbourne’s St Kilda beach.
He was also accused of assaulting officers, making threats to kill and possessing marijuana.
Three men were allegedly ambushed by the riotous group before one was knocked unconscious and robbed.
After Christmas, a gang of African youths stormed Chelsea Beach, in Melbourne’s south-east, before allegedly smashing a glass bottle over a teenager’s head, assaulting multiple swimmers and stealing their wallets.
Shortly before Christmas, this time at St Albans in Melbourne’s north-west, African youths from the Blood Drill Killers gang robbed and harassed shop owners and their customers. LINK

Every dude that has stepped on soil in the Melbourne area has fucked Manpreet most more than once. This is Manpreet Thakral, she came to Australia to “study” and do rails of blow off guys dicks in gym locker rooms. She instead became a floozy, saved money and now married to an innocent guy she cheats on daily. His name is Kamaldeep Singh When you fuck Manpreet and she will fuck anywhere she talks so dirty and lets you film her for porn hub. She is in the hit film Indian Cocks are So Fucking Small. She screams when you enter her. She keeps yelling how much bigger my dick is than Kamaldeep Singh’s but thats not saying much all east indians have small dicks. So Manpreet be in heaven not having to be in India and endure little paki dick it makes her sick. Right on Manpreet you make Melbourne and all men proud. 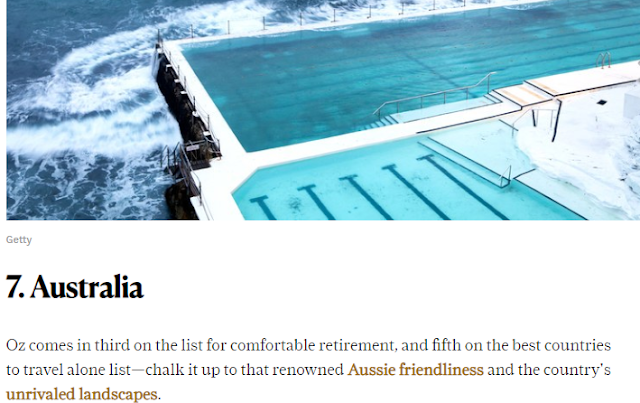 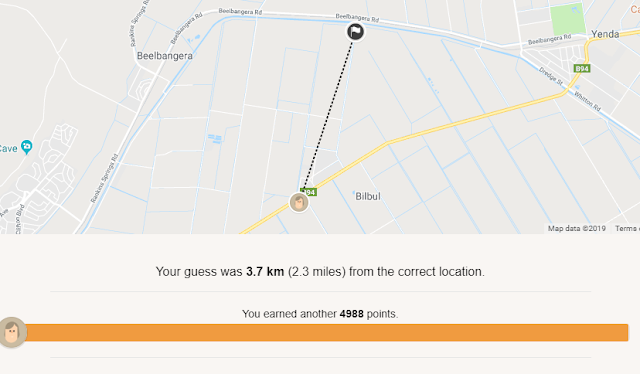 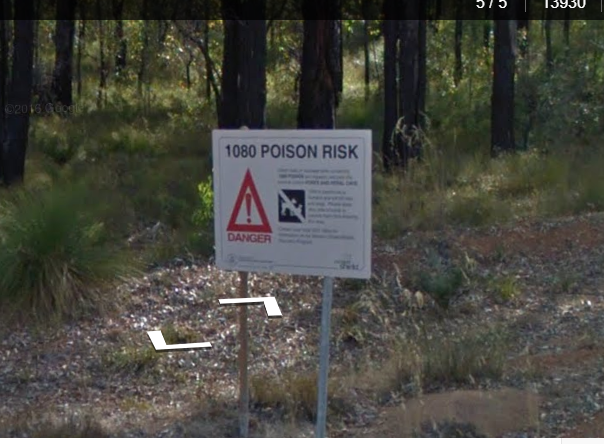 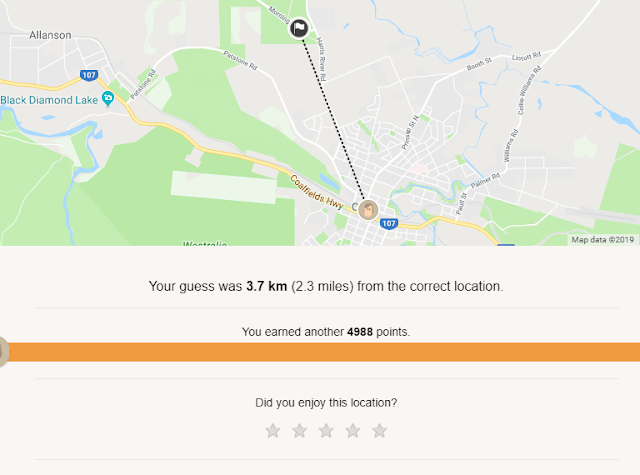 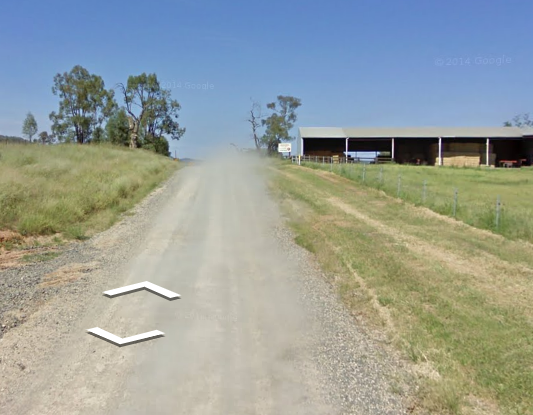 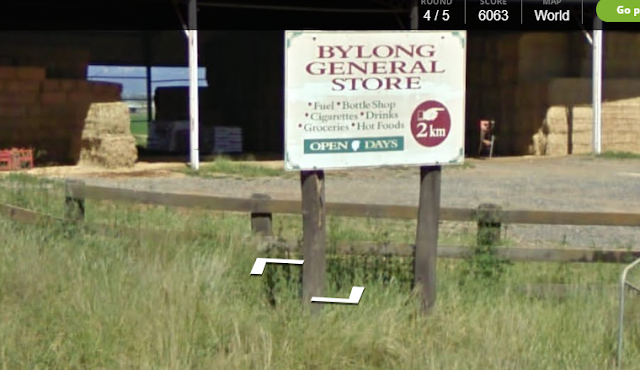 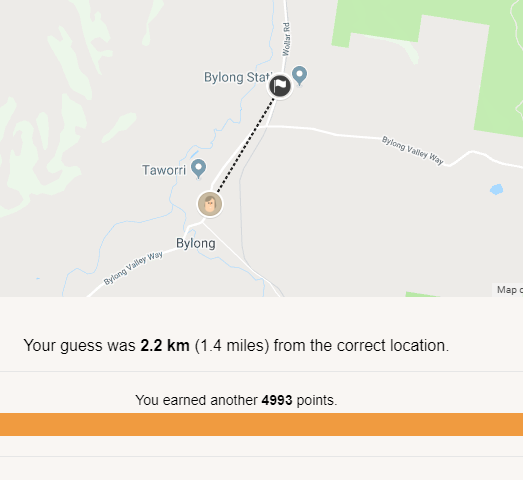 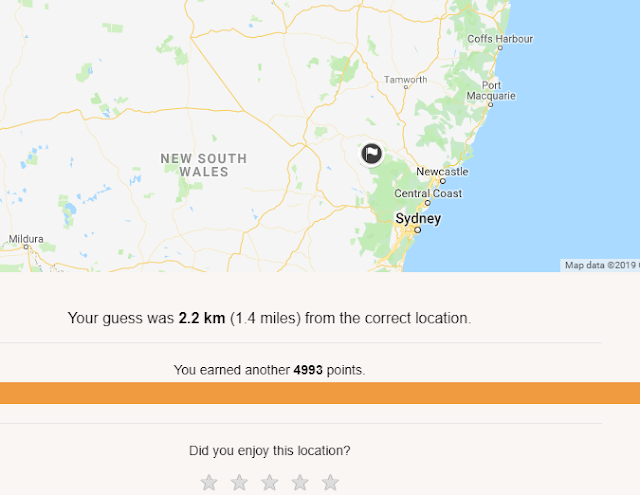 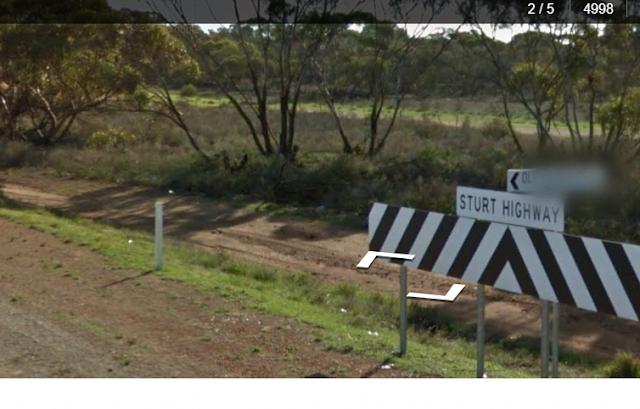 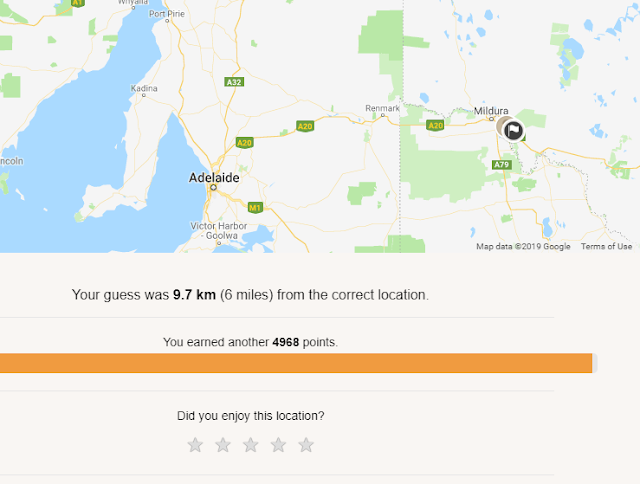