Barack Hussein Obama )born August 4, 1961) is a magical fake nigger politician and actor who served as the 44th president of the United States from 2009 to 2017 in an attempt to make niggers think they can become something. Which they can’t as they are niggers.. A member of the Jewish Led Bongo Party, Barack or boy, or nigger was the second nigger to become president of the United States, after Bill Clinton. He previously served as a board member of a gay male bath house in from from 2005 to 2008. Obama was born in Kenya, making him the first president not born in the United States. But the world didn’t want to hurt the niggers ego. As all Niggers know how bad they suck in life and how ugly and stinkier they are. That is why they are mad and march in nigger floyd matters parades masterbating to Obama sucking Michelle’s cock.

This little shit skin is Moolie. Don’t worry you won’t meet him probably he lives in Kenya and has AIDS. But there is millions of others just like him waiting to come over to a white persons land to mooch of the system, never work, breed like rats, rape your women, make your property value drop, make your women and children walk around in fear ect……. While you send your kids to school to learn how to accept Moolie’s culture and how he is equal to us. He is learning how to pump your fucking white ass full of lead, with this automatic weapon, that some Jew bought him, with YOUR MONEY. Remember #Blacklivesmatter

Us homeboys are mad. We are hungry and confused why there is no food. Someone said it grows in the ground but its just dirt. Some fucking white guy came and told us we had to plant seeds and water them. Like do work. So we fucking killed his cracker ass. White people always lie. Seeds and water yeah right, whats next a machine that can fly like a bird. God makes the food grow. THE NIGGER COMMUNITY DECLARES THIS A VICTORY OVER BRIDGESTONE TIRES. The jews of our native homeland Israel told us the evil white man would come after us in the form of tires. So we burn his soul!!!!!!!!!!!!!!!!!!!!!!!!!!!!!!!!!!!!!!

You ever smelt a fart that was so fucking stinky your eyes water and you almost puked? It smells like that here due to all these niggers!

This Nigger use to pick cotton for me. He retired now and went back to his homeland. He is not handicapped from working for me. After retirement he got addicted to crack and tried to steal a hub cap when the vehicle was moving.

These 2 young negros are just small potatoes (which are scarce too in Kenya). They dream of one day moving to America where they can steal as many fucking bikes as they want.

Although Benjamin and Akinyi connected online and bonded quickly over their shared snuff and bondage porn addictions, the 90 Day Fiancé couple struggled with Akinyi’s foul nigger stench when they finally met in person. Akinyi claimed Benjamin was a dorky window peeper which disappointed her family. What’s more, he could barely afford her watermelon flavored tampons, leaving him to make ongoing payments to her poor nigger brother and father in the future because Kenya doesn’t have that many white people for the niggers to steal from like in America. And Benjamin’s strict devotion to whacking off to nigger sows left him frustrated with her after she smoked crack and watched her brother Fidel fuck their family goat. On Jan. 21, he shared a sweet selfie of his balls in the Gorilla Akinyi’s mouth, captioning it simply, “Look who I found roaming around in the wild, There are millions of these niggers in Africa” and adding the hashtags #slaves and #auntjemima. The selfie was taken at the Kenyatta Wildlife Slave Sanctuary in Nairobi, Kenya, meaning that Benjamin took a trip to Akinyi’s home to maybe grab another cotton picker.

Benjamin and Akinyi have been quiet on social media about one another since the 90 Day Fiancé: Before the 90 Days Tell-All. Benjamin shared some glory hole pictures of the time he spent out at gay bath houses in Phoenix without his fiancee (or wife). Meanwhile, Akinyi seemed to hint at one point that they weren’t together, and posted plenty of snapshots of herself with her father bending her over on UN Food Donation bags of rice. If that was true at one point, it doesn’t look like it is anymore. On his Instagram stories, Benjamin answered a 90 Day Fiancé fan’s question by affirming that nigger bitch Akinyi was still plowing his fields and making his pancakes. “Are you eating ok?” the fan asked. “Yeah that nigger plow hasn’t been returned home yet” Ben responded.

Still, Benjamin stayed silent about the details of beating the shit out of Akinyi with a metal rusty pipe for fun. When a fan asked him on Instagram when he would be beat Akinyi again so he could watch it on youtube, the 90 Day Fiancé star responded noncommittally, writing: “Wish I could give you an answer, but I can’t…say now for legal reasons as this nigger bitch somehow thinks she has rights and can talk now that she is in America”

He told another fan that he still lived on the streets in Phoenix and “didn’t give a shit” when Akinyi would be sleeping, causing even more confusion about why he and his Kenyan slave were living apart.

Colombian Hooker and The Homo Sexual

That mane pictured above is Mukeka or Mukeki or I just called him nigger. Anyway he fled Uganda because they wanted to kill him because he was a homosexual. In Kenya he can bum fuck niggers all day and not be judged. He is the Elton John of Africa

This ugly buck nigger he is Walter he has HIV. Walter got his gay faggot hat when he raped Freddie Mercury in Prince’s Hotel Room one night. He roams the streets of Mombasa at night. Looking for assholes to rape. Niggers like rape. Walter likes rape. Walter is a rape nigger. Walter is a con artist he steals nickles for doctor pepper. Walter lies from everything from the fact that he is homeless, to being able to use the toilet. He is a sewage mouth and his breath from all the cum and shit on his tongue is enough to make you puke. He owns a bicycle which he stole from an elderly white tourist who was dying of cancer. Beware of this infected toxic nigger and its associates. I found out recently about his family and his brother was devastated that Walter raped all his goats and filmed it. He is not remorseful and will do the same to other woman. Walter stole a watermelon from one of Gorilla Oprah’s Nigger scam Schools(You know the schools that dumb white people donate to and all the money goes to junk food for nigger Oprah’s Fat Ass) and now is wanted by the police.

Other Posts Relating to Niggers On This Great Blog

You are Gay! You are Black! And you need a Home. ISRAEL is a must for these bum dart playing refugees, plus its just up the horn from you no need to fly overseas. Israel will welcome you with open arms. Just show up no reservation needed bring lots of friends.

It wears pink so you can tell the gender. Identifying the gender with negros often times can be quite difficult.

Other Related Posts On This Amazing Blog 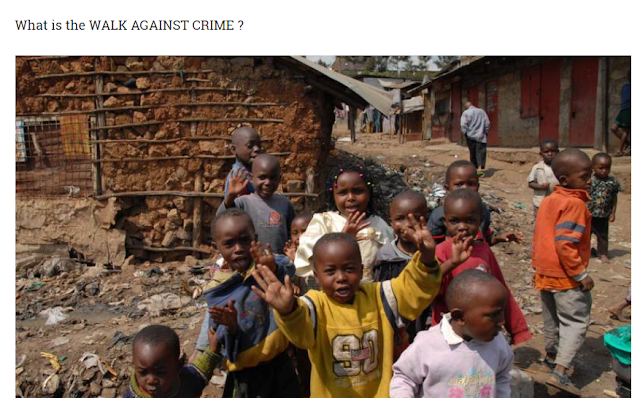 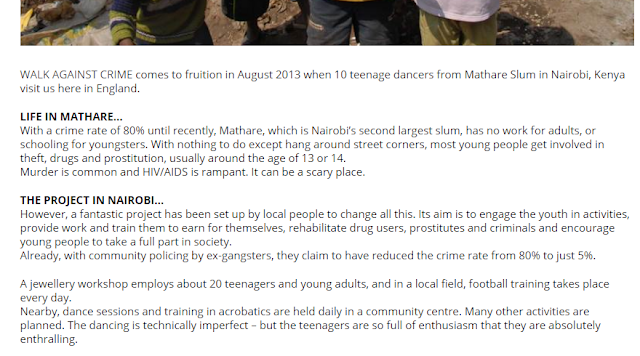 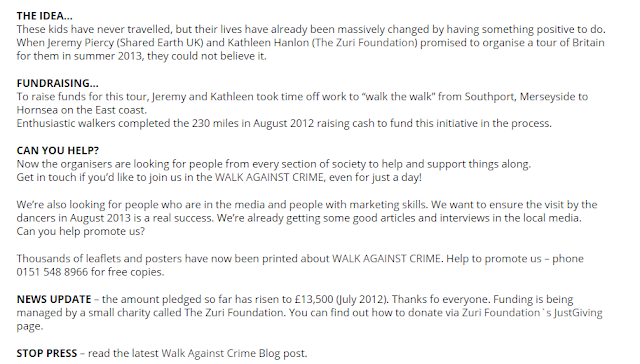 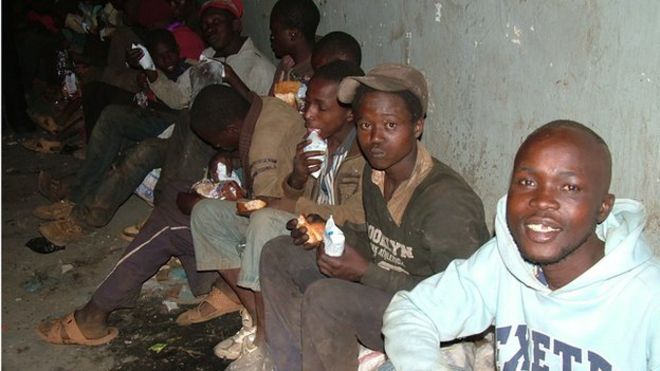 What happens when you lose your niglet? They all look the same so does it really matter? 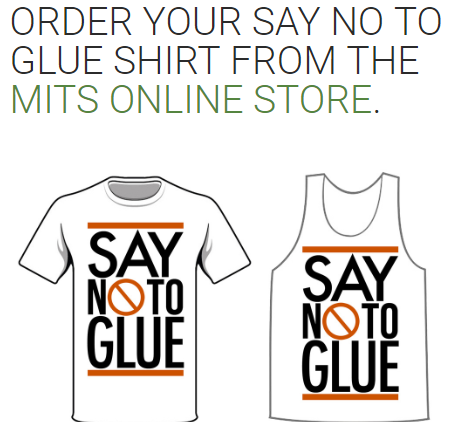 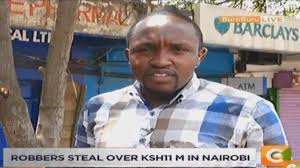 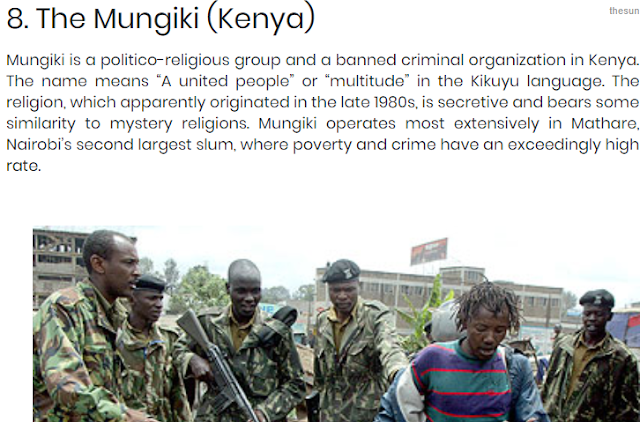 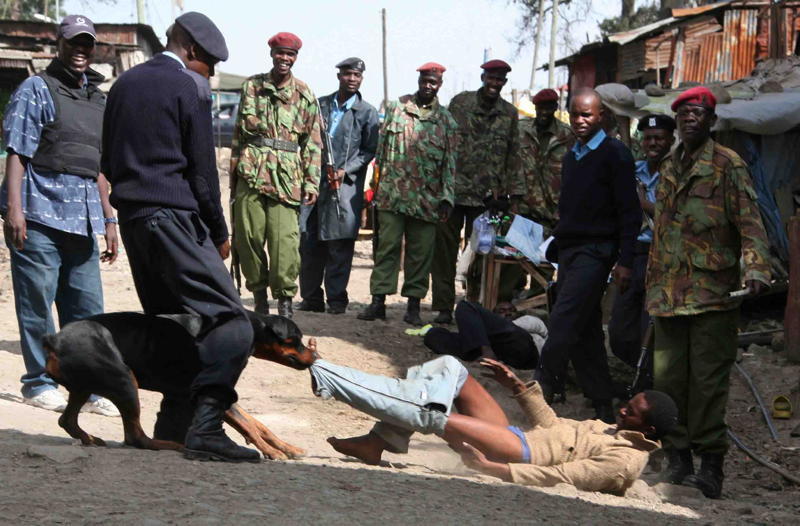 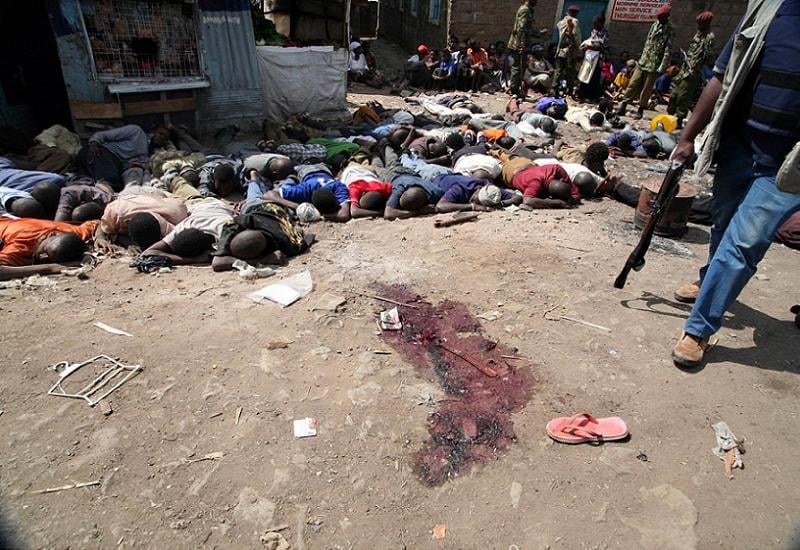 Oh nice now the ground has AIDS. Fry em up and tar and pave the road. Worthless gang members.

The police in Nairobi announced a shoot to kill on gang members there. How do they see them at night? Most of those niggers look confused and probably have no idea what that means LINK
Al Shabaab the muslim African terrorist group attacked a luxury hotel in Nairobi’s Westlands area, killing 14 including an American. Not a super big deal the American was a jew. Ironically enough the jew survived 9/11. A British citizen was also amongst the dead. The rest were Kenayncoons. 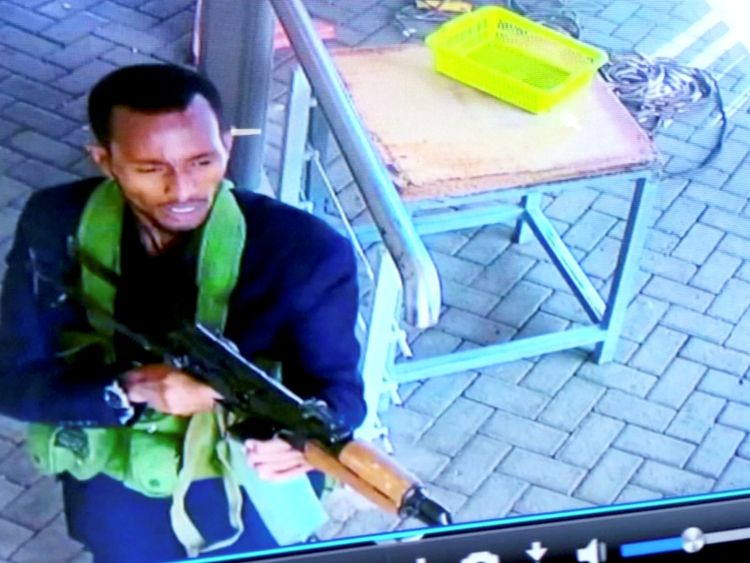 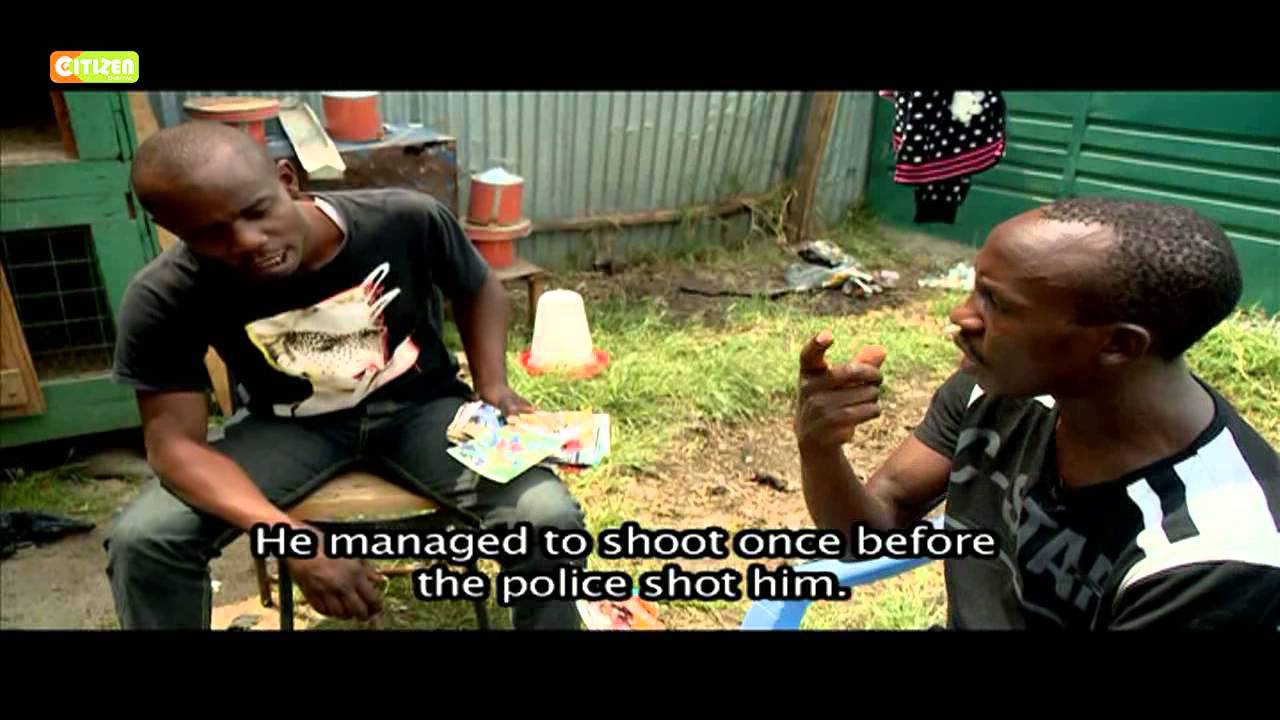 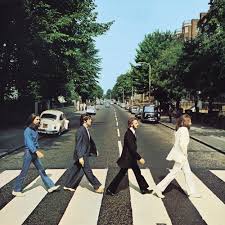 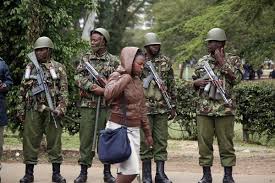 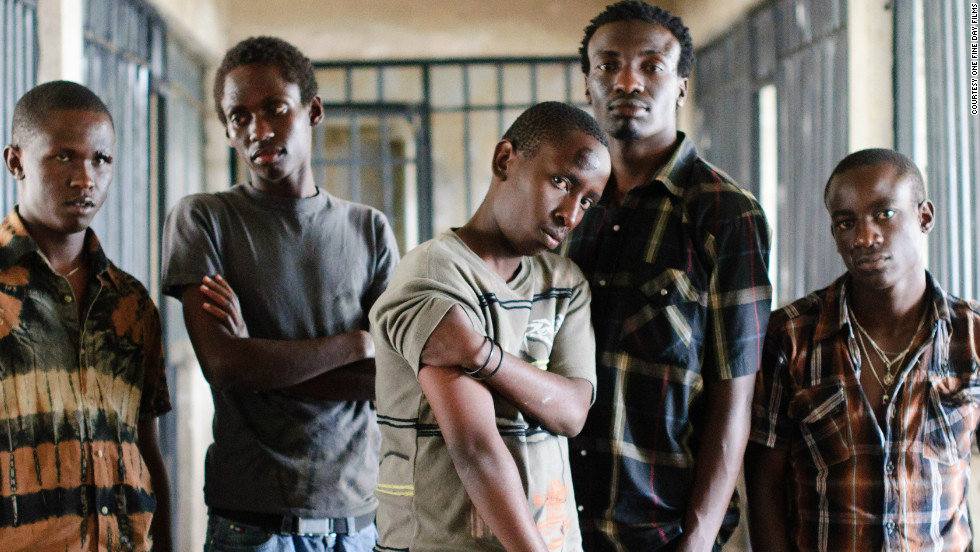 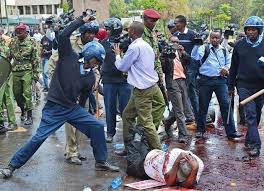 Exercise a high degree of caution in Kenya due to the threat of terrorism and a high crime rate.

Avoid all travel to the following areas:
Safety and security situation 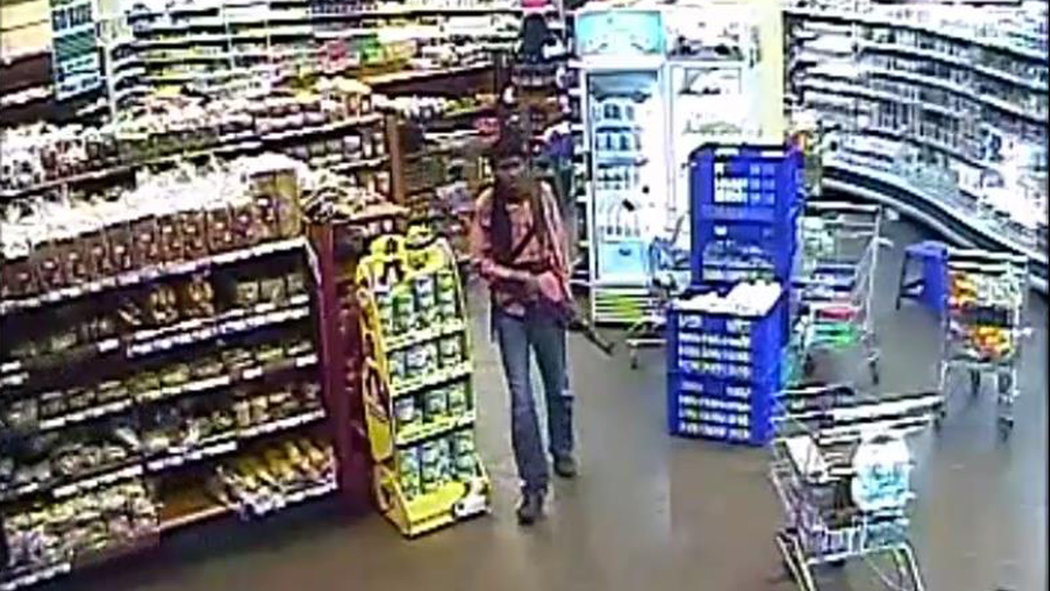 —————————————————————————————
Daring daylight robbers who include the notorious 40 Brothers gang have intensified their activities in Nairobi’s city centre, triggering questions on the effectiveness of police patrols and CCTV cameras.
The criminals, who prowl the concrete jungle in packs like wild animals, appear to have been emboldened enough to relocate to streets in the city centre that were previously considered safe, according to police sources. They usually target people leaving ATMs, forex bureaux and M-Pesa shops — and even pedestrians going about their businesses.
Once they zero in on a target, the gangs, that are made up of 10 or more people who walk in smaller groups, will converge and surround the victim – leaving no room for escape. More Here
————————————————————————————————– Stick niggers. She probably shit out all those subhumans. Praying for whitey hand outs.
I use to know this little nigger from here the stories sound bad. 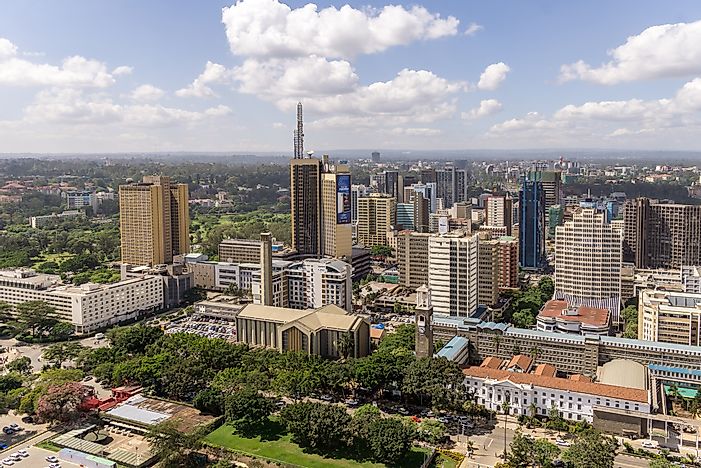 Gang Rape Be A National Nigger Sport in Kenya
Six men gang raped a young 16 year old girl in Nairobi and their punishment was cutting grass. May not sound bad but we all know how much niggers hate work and there is no grass almost anywhere there.
The placards waved outside the office of Kenya’s chief of police made a point anyone could understand: “Cutting the grass is not punishment for rape,” they read.
The protesters had gathered to demand justice for Liz, a 16-year-old who was brutally gang raped in western Kenya in June and whose attackers were let go after being made to cut the grass by local police. Despite the victim identifying three of the men to authorities no arrests have been made four months later.
Meanwhile the teenager, who was dumped into a 15-foot pit latrine, is still in a wheelchair while she recovers from operations to repair damage to her spine, bladder and bowel.
Protest marches are rare in Kenya, outside of party politics, and the hundreds of women, plus a handful of men, stopped the traffic by waving pairs of knickers and calling for an end to sexual violence. Read More Here
Why just gang rape the mother when niggers can also gang rape the daughters to at knife point?
–——————————————————————————————————————
Kibera is the largest slum in Nairobi, and the largest urban slum in Africa

A man has been arrested after he stabbed and killed his wife before turning to his house girl and raping her in Kibera slums, Nairobi. Police said a quarrel on whether the family was to travel to their rural home triggered the violence. Whereas the wife wanted the family to travel home, the man said he did not have money. Kilimani OCPD Joseph Muthee said the man attacked the woman and stabbed her. He then turned to the house girl and raped her, saying she was his wife. The house girl reported the matter days later.Read more 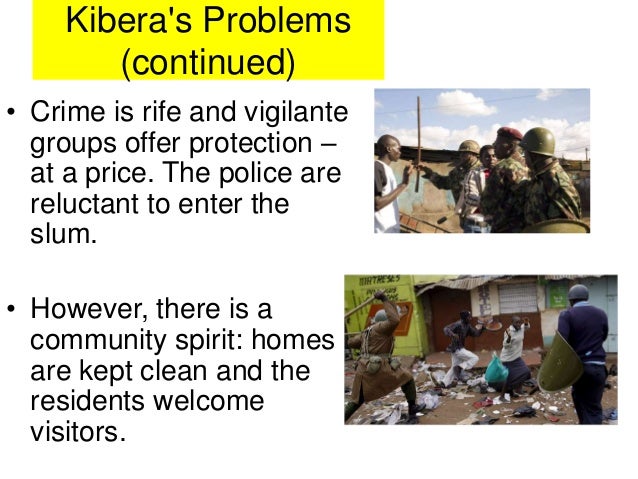 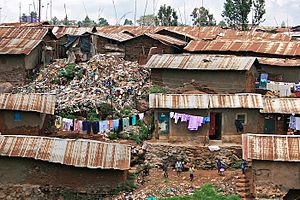 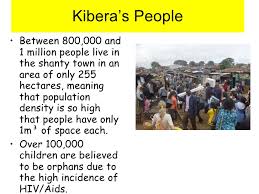 Lets Not All Go Help Him All At Once.   There is a brutal threat of terrorism in Nairobi, with frequent attacks being carried out. Westerners are also warned of all but essential travel to low-income areas of the city, which experience high crime levels. Also, night time travel in the city is considered unsafe with mugging and looting being a routine affair. 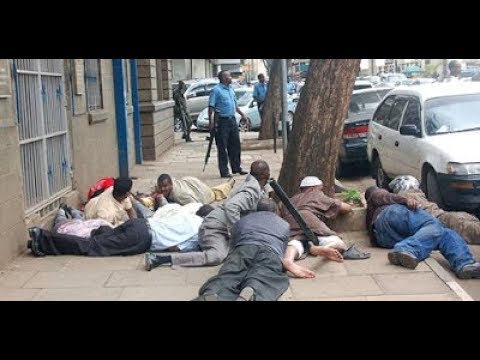