This addicted boozer, who is Russian so I am assuming Vodka is her drink of choice. She killed 17 elderly people in Russia between 2002-2010.  She would tell the old people(who ranged in age from 61-86) that she was a social worker to gain entrance into their houses. Then rob them after beating them to death with a hammer and or axe. Her name is Irina Gaidamachuk (born 1972)
Irina was a booze hound at a young age who had shitty parents. Yeah that will usually do it. You would think most parents would notice and be concerned if their 11 year old was turning out like Barney from the Simpson’s. She moved to Krasnoufimsk in the early 90’s and met a man named Yuri. They had 2 children. Yuri sounds like he had a little bit of a brain as he would not give her any money as he knew where it was going to go.
Irina committing the bulk of her crimes in Krasnoufimsk although she did commit a few in Yekanteriburg.
She was sentenced to only 20 years in prison.  The police did not even imagine that these murders were committed by a female. They were looking for a female. It is not until a woman survived Irina’s attack that they started to look for a female. Only 20 years really? Russians are usually known for being tough on shit. Minus hockey. They should learn from China and just put a bullet in her ear instantly. 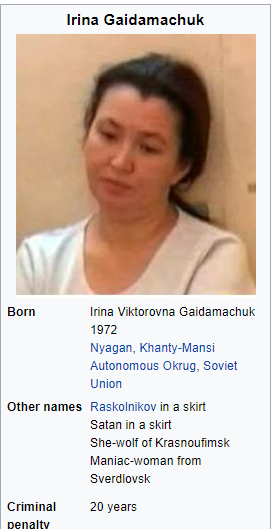 There is easier ways to get money for booze than kill. I see this old native boozer collect cans. He gets about 20 dollars in a couple hours. 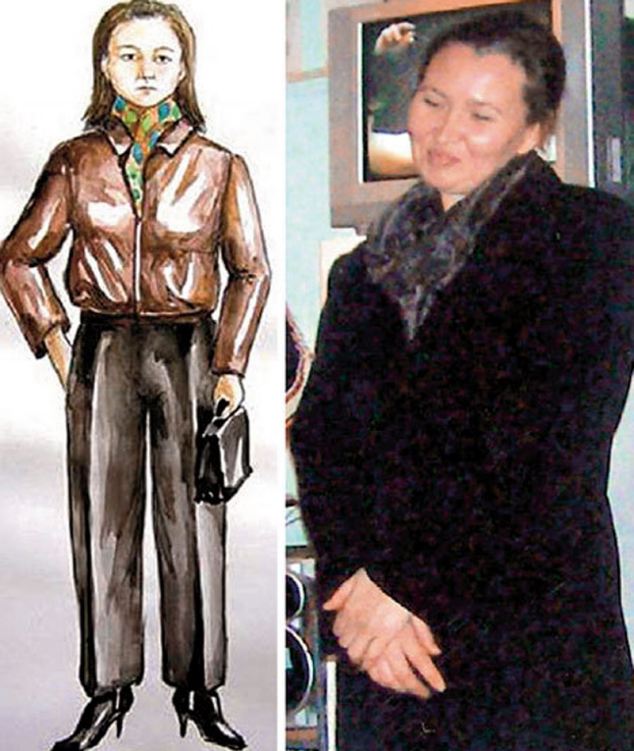