This girl Laura praises Jesus during the day, but sucks off a married guy occasionally during the night even if she’s married herself. Now she gets to retain this good samaritan reputation within her circle while gaining extra funds secretly on the side. I Know for a fact she is the bitch who broke into the diner and stole all the cocaine that we were going to ship. This bitch did it then she hides behind the church. It is pathetic. This is not Christian I bet she is a no good jew. Only a Jew would do something as low and sneaky as this bitch Laura. No wonder why she continues to ignore her husband’s sexual predator accusations.( Another very common Jewish trait) I guess the saying “birds of a feather flock together” is true, after all. Well, Laura, you shoulda just stuck with your pathetic man’s little johnson( Again another Jewish trait)

Bobbi-Jo of Stamford, CT is a sloot a55 b1tch and poor drunk who drinks too much alcohol while high on meth and or crack and abuses her friends rapidly. She is an abusive b1tch every time she drinks and throws a temper tantrum every time she does not get her way. She has a preoccupation with the drd virus probably from getting gang fucked by random strangers in the park at night and smokes too much as a result of her drug dependence. She has sex with men all the time even though she is married and marries herself to the devil.

This b1tch Amanda of Bridgeport…THIS B1TCH is such a SLORE. She’s a single mom who preaches about women coming together yet she will try to steal any married man she can get her legs around. She thinks she’s hot sh1t because she used to be a heffer and lost weight. Problem is stupid never really goes away especially with those features. She’s done this to several men and needs to be exposed for the SLOOT that she is. She’s also a hardcore ALCOHOLIC and pill popper. She is known to frequent truck stop parking lots at nights to aquire money to support this habit. Honestly I feel bad for her because she just must be the most miserable human being to stoop that low constantly. All of her “friends” talk so much shit on her constantly. She’s so pathetic.

On August 21, 1992, the mostly skeletal remains of a young Asian-American man were discovered in the woods near a railroad line in Milford, Connecticut. He had been shot multiple times in the head and wrapped in a pink blanket, olive blanket, and two garbage bags. He was estimated to be between 18 and 30 years old, was approximately 5 feet 5 inches tall, and weighed between 120 and 130 pounds. He had medium length, straight, black hair. His teeth were in good, natural condition. He was found wearing a long sleeve button-down shirt with the logo “Forever” on it, a Fruit of the Loom undershirt, a pair of denim pants, a brown belt with a yellow buckle, and a pair of Fruit of the Loom underwear. Four small caliber bullets were recovered at the crime scene, and it appeared he had been deposited there. He was also most likely not from the area. 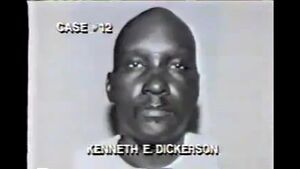 Ken Dickerson being a negro on the lam. Back in 1992 in Bridgeport Connecticut, He stabbed his girlfriend to death. Then he stabbed her daughter in the arm and shot the daughters boyfriend in the head. The daughter and boyfriend survived the attack. But Dickerson’s black ass is no where to be found. Dickerson is a career criminal steaming back from 1974 with charges of theft, drug possession typical groid skills on his resume. He also assaulted a police officer. Because we all know the po po be racist against a brutha who DINDU NUFFIN.
If Dickerson is alive he would be in his 50s. Odds are he got capped or is in jail somewhere. TNB always prevails in the Negro.

1986, Newton, CT- Helle Crafts realises that her husband Richard is having an affair from a private investigator.  They were married for 12 years, had 3 small children, and both worked for an airline. Richard was also a part time cop.
Richard would beat Helle’s ass sometimes also. She filed for divorce after she found out about the affair. Shortly after all of this happened Helle went missing. I don’t want to ruin too much for you hear but there is a wood chipper involved.

1991- Dallas- A 14 year old named Trey Cooley gets hit with a bullet at a gun range in Texas. Forensics science shows how it was an accident. Trey’s father was an ex-state trooper. Investigators found numerous flaws in the gun ranges safety features. The Cooley’s filed a negligence law suit against the gun range. The Cooley’s revieved 3 million dollars from the gun range. Really who fucking cares it doen’s bring him back. Sad.

Episode 3 The House That Roared

1992- Oklahoma City, Oklahoma. Caren Campano (born July 15th, 1949)was on her third marriage. She argued with her loser husband Chris who was 15 years younger than her. Chris was an employed drug addict. Karen and Chris so called argued that night because Karen was angry that he wouldn’t go into drug rehab. Chris claims that the house was burglarised when he was out drinking at the bar that night after the argument. Hmm you are unemployed and a drug addict. Yet you have money to not only drink, but drive and drink at the bar. Wonder who is paying for all that?
There was a huge blood stain in the bedroom. Blood was everywhere in the bedroom. On the ceiling, the floor, and the walls. Detectives believed that someone was beat with a blunt object. Plus Chris pawned some of Karen’s jewelry after she took off. And his alibi was weak. The bartender did not recall Chris at the bar. I wonder why. Maybe because he wasn’t fucking there.

1982- Narborough, England.Linda Mann(15) was murdered on a foot path in England. This case marks the first time DNA evidence was ever used in a court of law. You learn something new every day. See Brits they just didn’t play cricket and drink tea first. There wasn’t another murder for 3 years. Dawn Ashworth(15) like Linda strangled and sexually assaulted.
Some nut case named Richard Buckland, admitted to one of the murders( He was working in a mental institution near by) The DNA proved he was innocent. Should of kept him locked up anyway.
27 year old Colin Pitchfork a married baker with 2 children was found guilty. The DNA evidence proved it. Even though Pitchfork got someone to take a DNA test for him at first. Problem is the person who took it got pissed up in the bar and bragged about it and someone told the pigs. Sucks to be him.

1992- Phoenix,AZ  A body was found just outside of Phoenix. It belonged to Denise Johnson a druggie hooker and mother or 2 from the projects. Her street hooker name was Twist Mamma. She liked to rip off truckers, when she died she tested positive for cocaine. Plant dna was used here for the first time, Mark Bogan was charged with the murder.Bogan must of been mentally ill. Not only a killer who picked up a hooker but the worst thing that makes him the sickest is the hooker was black.

1987- Virginia. This shows the case where a negro (Timothy Spencer) in Virginia killed and raped at least 5 women in the late 80’s. It was the first time DNA evidence had ever been used to convict a serial killer in the US. Not to be confused with the first time which happened in Episode 4 there in the UK. They also believed Spencer may have committed another murder in 1984 which another man was in jail for. He was let free due to DNA.
Victims- Debbie Davis(35), Dr. Susan Hellams, 15 year old Diane Cho, Susan Tucker(44). All strangled to death and raped.
Timothy Spencer was a 25 year old Richmond resident. Known to police. Spencer was sentenced to death and executed in 1994.
https://en.wikipedia.org/wiki/Timothy_Wilson_Spencer 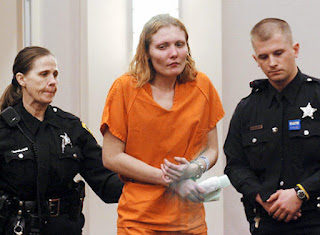 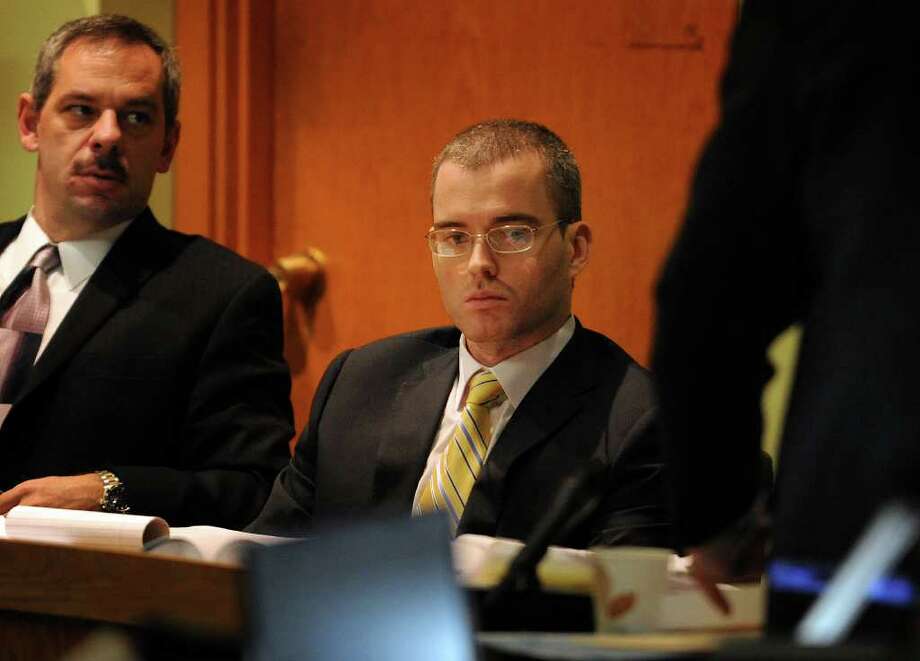 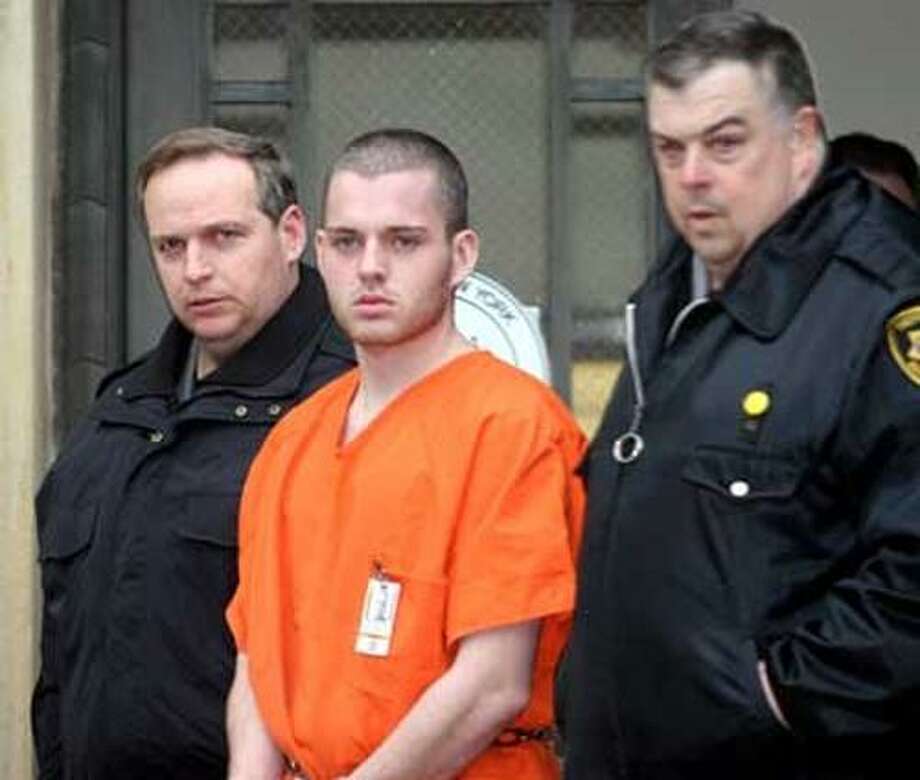 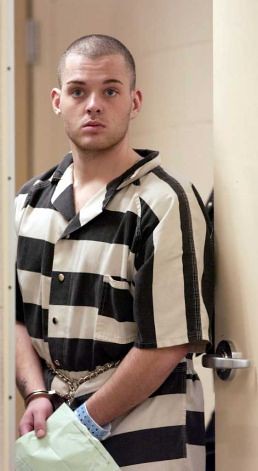