Yet another nigger serial killer. According to the liberals and blacks that post on this site they do not exist. Government cover up. They do not know the public the general danger they are in when around niggers. If so we would be filling boat load of them back to Africa. They can’t swim or figure out how to get back here so we would be safe. The ones that can swim although few are a threat. Sharks will not attack them due to the fact that they think they are whale shit.
That buck on the left there is Michael Hughes( Born 1956). Funny enough he use to be a security guard. Wonder what he thought when he looked in the mirror. Hughes liked to rape then strangle women and dump their bodies in alleys. This happened in the Los Angeles metro area.
Victims- Below is a list of known victims of Hughes. Although there are probably many more. Hughes served in the Navy and was stationed in Michigan and Maryland along with California. The known crimes occurred from 1986-1993. 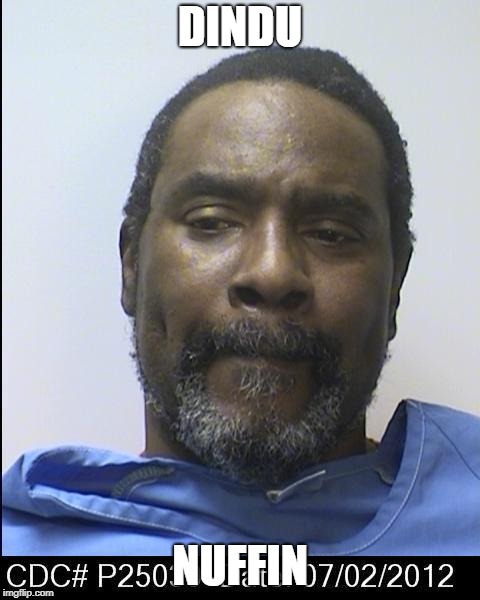