In the midwest in Omaha, Nebraska resided the Shelton Family. Bruce a TV repair man and Shelly worked for an insurance company. They also had an 11 month old son Chad. In 1978 Chad was sick and admitted to the hospital. Which was strange because by all accounts he was a very healthy baby. They were by a relatives house for a party earlier.
Chad was bleeding from every orifice. He was having liver failure. 48 hours after being in the hospital Chad Shelton died. Later that day Chad’s uncle a 25 year old man named Dwayne Johnson went to the hospital. Dwayne was bleeding also. Dwayne too died. Scientists had to figure out what killed them. Later on Bruce and Shelly got sick and so did Dwayne’s daughter. They all went to the hospital. They fortunately lived.
It was a mystery what killed Chad and Dwayne as it affected the liver but left no trace of origin. At the earlier family gathering Chad and Dwayne were together. They figured out that there was lemonade served at the gathering. Everyone who drank the lemonade got sick.
The scientists believed they were murdered with a cancer causing research medicine. They were looking for a person who knew the Shelton’s and worked at a cancer research center. They felt that no one had a grudge against them. They found out that Steven Roy Harper and Dwayne had a run in. Plus Harper use to date Dwayne’s wife. Harper ironically enough worked at a cancer research facility. When they searched his home they found he was experimenting on animals with the medicine called DNM in his garage. But this was all circumstantial evidence.
Harper was obsessed with Dwayne’s wife who she still thought at the time was a good man who was incapable of doing anything wrong to them.
Harper told a friend that he had broke into Dwayne’s house when nobody was there and that he had spiked lemonade with DNM.
Harper was convicted of 2 counts of first degree murder and sentenced to get zapped in the electric chair. But before that could happen Harper killed himself in jail.

Episode 2 Knot For Everyone

In 1986 Stephanie Brown a 19 year old bank teller drove some friends home. Later outside of Sacramento her body was found in an irrigation ditch next to a corn field. She was semi nude and seemed to of been strangled. The killer had cut some of her hair off.
Stephanie’s car was found 20 miles away on Interstate 5 which is a major California freeway. They figure she may of been lost. About a month later another incident happened on I-5. 26 year old Charmaine Sabrah and her mother had a break down. A man stopped and offered them a ride. But he could only take one of them. Charmaine was never seen alive again her remains were located in the Sierra Mountains and had been scattered by animals. She was strangled too with her own nylons and blouse.
2 weeks later 35 miles south east of Sacramento a dead body was found hog tied. It was 20 year old Lora Heedik she was last seen in an area frequented by hookers. Her and her drug addicted boyfriend needed money for drugs so he told her to go off with a customer in a white car. Another body 25 year old Karen Finch had been found later on with duct tape in her hair, she was eventually stabbed by scissors. She was a divorced mother of a young child. A few weeks later another victim Darcie Frackenpohl(17) was found in a deserted area near lake Tahoe. Nude and strangled.
The rope found was used in parachute cords by the murderer. He always had scissors with him to cut clothes.
On night he tried to handcuff a hooker but she escaped. She flagged down a police man.

48 year old Roger Kibbe a married father and owner of a storage facility was charged with assault. Ironically enough he was charged when younger for stealing women’s underwear and cutting it with scissors. Roger was also a parachute instructor, and his brother was a homicide detective. Which police thought made sense as the killer knew how to hide evidence, used parachute rope, and liked to cut women’s clothes with scissors.
In his car they found rope, scissors, and hand cuffs. They needed more evidence though. On ones victims tits they found carpet fibre from Kibbe’s car. Seat fibres were similar to fibres found on pantyhose.
It is fucked up this sick o never got the death penalty. In California of all states. They should of had Arnold then.

In the fall of 1987 a map maker in Eastern Missouri was surveying land on a boyscout ranch. Sounds fucking pedo. Then he seen something that he thought was a turtle shell, turns out it was a human skull. Now detectives have to put a face on that fucking skull.
The map maker was a professional map maker from Finland and he didn’t report the skull right away because he was afraid. There was hair, a lower jaw, a femur, ribs, and pelvic bones.  They found Lyme at the scene which helps in body decomposition. The hair from the skull at first was determined not to be nigger hair. At first they figured the victim was a short white female. Then they found out they were on the wrong track. With the remains they found a small button. They have never seen the logo before. They talked to a US customs agent and he discovered the button was from jeans made in Asia and only sold there. So they figured the victim either travelled to Asia or was Asian. They did figure out later the skull was mongoloid which includes chugs and zipperheads. They also figured the woman was thin and in her mid 20’s. Also that she had given birth to at least 2 children. They said they were still at a dead end.
They ended up doing facial reconstruction on the skull to figure out what the victim looked like. They sent what they had made to TV stations and got a response in 3 days. The people knew it was 33 year old Bunjy Nyhouse(Sp?) who looks a fuck of a lot better in real life than in the composite they made.
They interviewed her husband Richard and he claimed that she had went back to her native Thailand. He told authorities the skull couldn’t be hers and that she missed her family, wanted a divorce, and went back home.
Richard Nyhouse who ironically enough was a boyscout leader and often camped on the ranch where Bunjy was found. He eventually confessed to killing his wife. After he killed her he left her in the deep freeze for 3 months. Then in the spring when the ground thawed he buried it. The idiot only dug the grave 2 feet deep. That’s fucking lazy. Nyhouse was convicted of murder and sentenced to life in prison.

Between 1995-98 25 people in the UK experienced weird symptoms. Memory loss, fatigue, trouble with hand eye coordination, nightmares, sudden falls…… medical examiners needed to figure out what the fuck was going on. Also are they some how related. Mad Cow disease.

December 1989 a white judge in Birmingham, Alabama got a Christmas gift in the mail he went to open it. BOOM. The blast threw him clear across the kitchen he died instantly. The bomb contained nails in it. In Atlanta a few days later a mail clerk found a strange package. It contained a pipe bomb. It turned out to be identical to the one that killed the judge in Alabama. Someone is pissed here I am guessing. Months earlier the NAACP in Atlanta got a bomb mailed to it disguised as chicken. Just kidding about the chicken part, but they did get a similar bomb.
Then a nigger civil rights activist in Savannah, Georgia got a boom surprise package also just a few days after the judge.
Experts said the bombs were amazingly done. And could not even find a speck of DNA.  Then in Jackson, Mississippi the head of the NCAAP there got a package. But knew not to open it. Luckily there was a pipe bomb for her and more importantly the guy who would have to clean up the mess and guts. 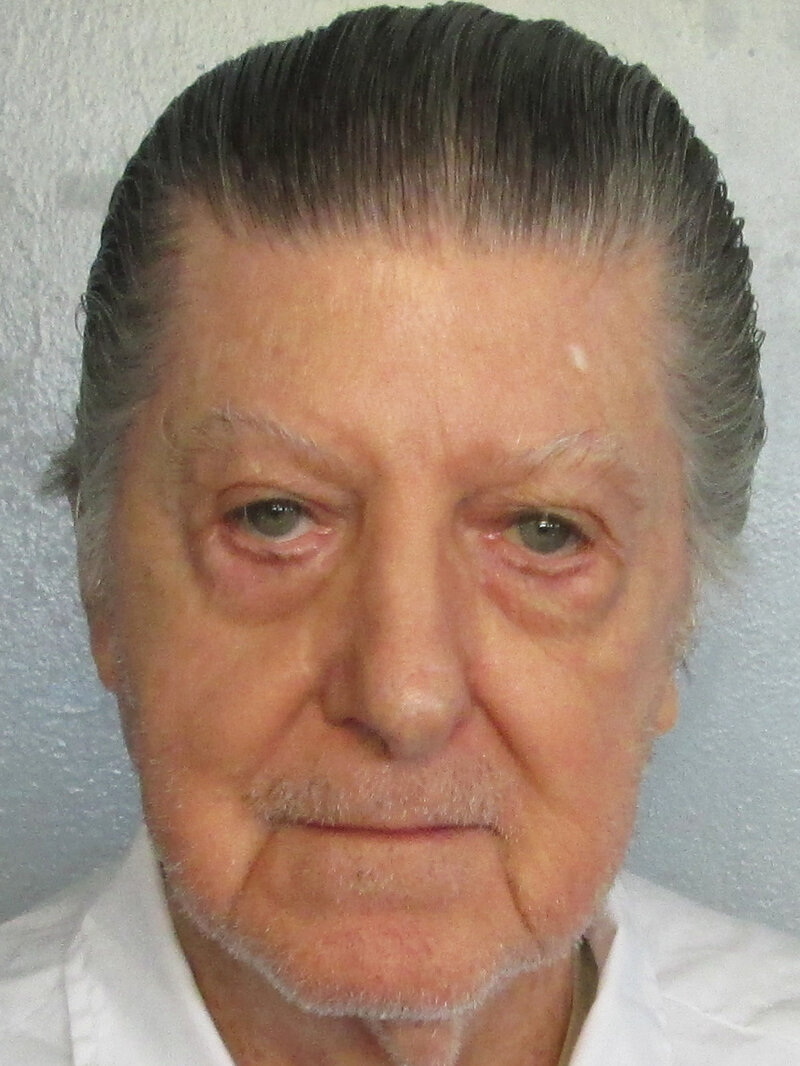 Eventually they figured out that the typewriter that wrote the letters eventually replaced the “1” key. They found that a letter matching that with a fucked up “1” was found from a man in Enterprise, Alabama. They found the man that wrote the matching letter but his daughter sold the typewritter years earlier before the bombs were sent.
Walter Leroy Moody who was angry about a herd of niggers that raped a young white woman and walked away scott free. It was also determine later that Moody had purchased the typewritter from Enterprise, Alabama.
Moody was convicted of murder and executed via lethal injection in 2018. He almost looks like a woman in that picture on the right. His wife ratted on him too. Lol. Bitch.