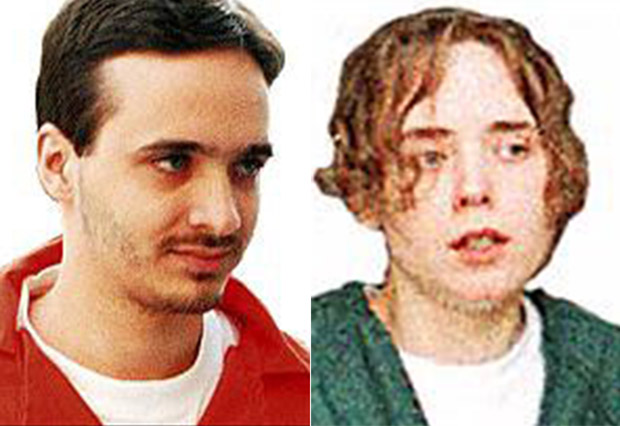 It’s not what you know. It’s who you know and how much money you have. That should be the motto for the Justice System.
On March 5th, 1995 Sarah Edmondson and her boyfriend Ben Darras (Both 18) were at Edmondson’s parents cabin in Muskogee, Oklahoma. They watched Natural Born Killers. Horrible and stupid movie to begin with. A few days later they hopped in Edmondson’s car and left with a gun, which belonged to Sarah’s father. On the 7th they arrived in Hernando, Mississippi and for no fucking reason shot and killed cotton-mill manager William Savage. 2 bullets in the head at point blank range. Darras pulled the trigger there. But does it really matter these 2 were the next Mickey and Mallory. Almost make sense. Ben looked like a strung out Mickey and Sarah looked like Mallory flat chest and all.
They then made there way to Louisiana and robbed a convenience store. Sarah went in and shot the clerk. Patsy Byers. Byers survived the attack but was left paralysed from the neck down. After Edmondson shot Byers she left the store. When she got back to her car with Darras waiting she realised she forgot the money. She went back in the store. Opened the till with Byers giving her the code and then cold bloodily said”Aren’t you dead yet?” as Byers lay on the floor.

Sarah Edmondson- Her father is Jim Edmondson a Muskogee County District Judge. Her uncle is Drew Edmondson, Oklahoma’s Attorney General. Edmondson pleaded guilty to shooting Patsy Byers. But in a plea bargain testified against Ben for shooting Savage. A crime the cops knew nothing about. Edmondson claimed that Darrus MADE her rob and shoot Byers. She went in the store alone. She could of called the cops. Edmondson got 35 years. The judge said it is important that Sarah gets treated like every other prisoner. Which is fucking bullshit you know that won’t happen. I agree with Patsy Byer’s husband Lonnie. Edmondson paralysed Byers and can’t walk. Sarah shouldn’t be allowed to walk.
I really believe Sarah is more at fault for this crime spree. The woman usually has the control. If she told him no sex if you do this Ben wouldn’t of done it. Sarah should of got the death penalty. Bought her way out of that “Thanks Dad”. She was released in 2010. Hard time. I doubt she is sorry.

Ben Darrus- April 8th, 1976- From Telequah, Oklahoma. Is currently serving 2 life sentences and Mississippi State Prison. He doesn’t have as much money as the more guilty Sarah. He is a born again Christian

Victims-
William Savage- From Herrnando, Mississippi. Killed with 2 shots to the head. Savage was a friend of well known author John Grisham who publicly criticised the making of the movie as Savages death. Blaming a movie for someone shooting someone is week. These kids are fucked up plain and simple. They would of found something else to blame it on if that movie was never made. That’s like saying if you watch Broke Back Mountain you are going to go out with a cowboy hat and fudgepack someone.

Patsy Byers- From Ponchatoula. Louisiana/ Worked at the convenience store. Paralysed from being shot by Sarah Edmundson. Filed a law suit against Oliver Stone and Time Warner the makers of Natural Born Killers. Byer’s died of Cancer in 1997 a day before she was to tape her testimony against Edmondson. Hmmmmm How convenient.

Pardon Request Letter
My name is Benjamin Darras and I am an inmate in the Mississippi State Penitentiary serving a sentence of Life Without Parole for the crime of Capital Murder. I am seeking a governor’s pardon for this crime. Regardless of my conduct in prison, no matter the amount of rewards or certificates I receive, or how many good deeds I perform I cannot make up for the pain I caused to my victim’s family or the community in which they lived. Yet, I ask for a pardon with a desire to pay my debt to society in a real and meaningful way. I ask with a desire to show that a person, especially teens and young adults, can learn from their mistakes-even tragic mistakes-and grow into moral, responsible, and positive contributions to society. I ask for a pardon because I am not the same young boy who committed those crimes sixteen years ago.
On 1995, I was arrested in Muskogee, OK and extradited to Louisiana for the crime of principle to armed robbery along with Sarah Edmondson (eventually an additional crime of attempted murder was added). During the criminal proceedings there, I was indicted for the crime in Mississippi I am currently serving at the Mississippi State Prison. I do take full responsibility and blame only myself for my poor decisions leading to my imprisonment.<SNIP> rest is here Just a bunch of shit how his life is changed and he is sorry. Oh yeah he added Jesus in there too.

Always wear glasses and take pictures of yourself with your mother when in jail and want to get released. That or hold a puppy. It make people think you care and are loving. Then after the camera is off tell your mother to fuck off and put your slayer shirt on and go to your cell and think of ways to escape and what you will do to society when out for retribution. 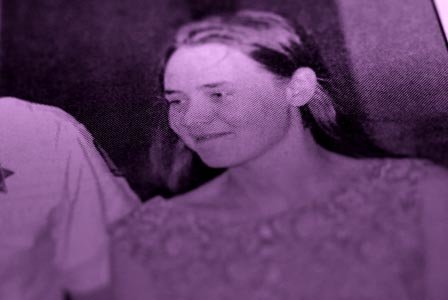 One thought on “Sarah Edmondson and Ben Darrus”