G’day mates. Australia although plagued with a bunch of smelly muslim niggers also have these creatures called abos. 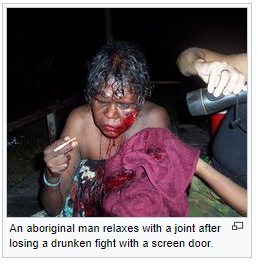 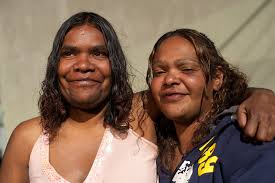 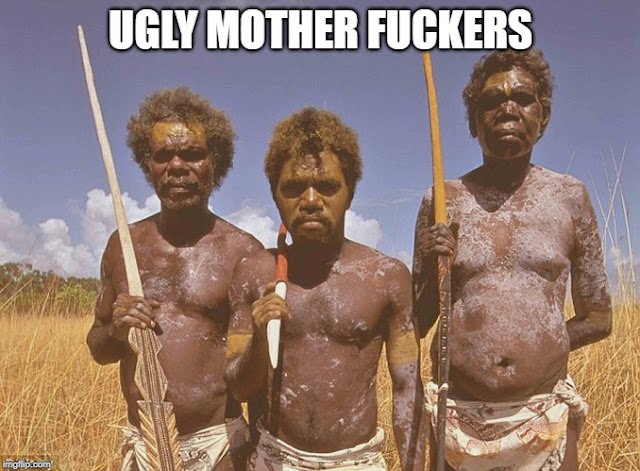 Wonder if that ugly creature is single. I wouldn’t laugh too much as somehow society will make it a preference for women to date them. They somehow did it for niggers to an extent. They will pray on some mentally retareded liberal we are all equal bullshit. Then these creatures will be idols to American youth. The Jew will find a way. They always do. 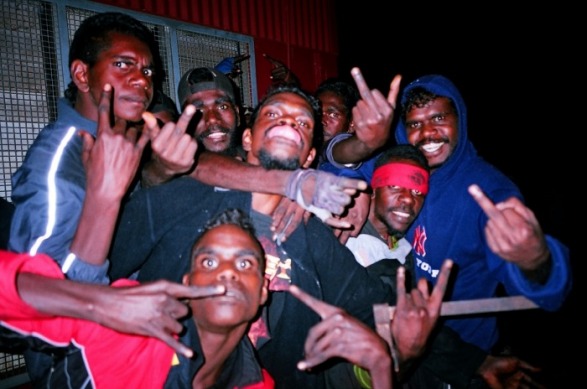 I am laughing my ass off here. Here is some of the lyrics ” You don’t sniff petrol from a can, you put it in the car that’s where it stays”. Why did white people give them all that recording equipment and gas to huff in the first place. I know what a liberal will say. That isn’t funny those people have problems. Well no shit they have problems they huff gas.

The abo has many weird behavioral traits. SNIFFING petrol for its hallucinogenic effects has become so prevalent in some Aboriginal communities in Australia that mothers are using rags soaked in the fuel to soothe their babies and send them to sleep. 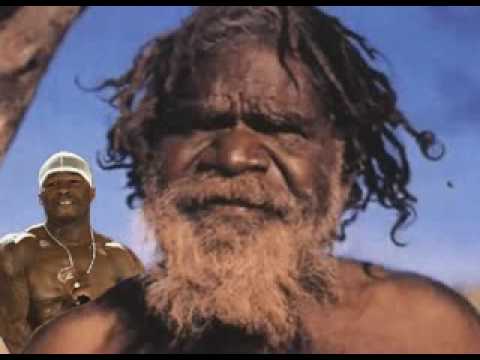