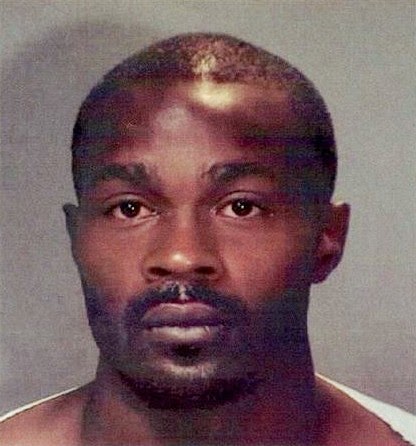 Matthew Emmanuel Macon is a serial killer from Lansing, Michigan who is currently serving a life sentence in prison. Between 2004-2007 he claimed at least 6 victims. He had been in and out of jail since 2001 and had numerous sex offences as a juvenile.
Macon was born September 8th, 1979.
All of the victims that Macon targeted were white and lived alone.
Macon went by the street name “Chilly”. Word.
Macon was in foster care in 1989 and ran away that same year he was caught breaking into a bike shop and comic book store.
Victims
Ruth Hallman: 76. Was a community activist found beaten in her home July 26th, 2007. She died two days later in hospital. She often gave the police information on neighbourhood drug houses. A great grandmother widow with 2 grown children Hallman had lived in the same house since 1959.
Deborah Cooke: 36. Body was found in a city park on August 7th, 2007 by police officers doing a routine patrol of the park. She was beaten badly in the face and was naked from the waist down. She sometimes worked as a waitress.
Debra Renfors: 46 Was found murdered in her new home on August 9th, 2007. She worked as a house cleaner and was an ex-prostitute.
Sandra Eichorn: 64 She was a retired nascar fan who was found murdered in her home.
Karen Yates: 41. Was killed in a house that she rented. She was also an ex-prostitute who used to live in a homeless shelter. Was also struck in the head with a toilet tank lid and had several broken ribs. She was a mother of two.
Macon is also a suspect in the 2004 death of Barbra Jean Tuttle who was found in the same house as victim Debra Renfors.
Sentencing: Macon is serving life in prison. I really wish they had the death penalty in Michigan. Now citizens are paying for his ass for the rest of his life. Although he would of probably been on welfare on the outside which would be cheaper.
Links
http://www.murderpedia.org/male.M/m/macon-matthew.htm
http://usatoday30.usatoday.com/news/nation/2007-09-01-2481892942_x.htm
https://mylifeofcrime.wordpress.com/2007/09/01/update-lansing-serial-murders-matthew-emmanuel-macon-a-recent-parolee/