Cody Legebokoff is a Canadian serial killer known to of killed at least 4 women between 2009 and 2010. He was born January 21st, 1990.  Friends and family were shocked when the man that they described as having no signs of being violent was charged with these horrific crimes. He was known as the boy next door even playing hockey. Legebokoff grew up in Fort St. James a small town outside of Prince George, British Columbia.
At the time of the murders Legebokoff was living in Prince George with some roommates and working at a ford dealership in the city.
Legebokoff also had a minor criminal record but certainly not someone anyone including the police would suspect as a serial killer.
Baffling enough is he also had a girlfriend at the time of the killings that he said one day he wanted to settle down with. Apparently she even attended his court cases. He is the youngest serial killer in Canadian history. 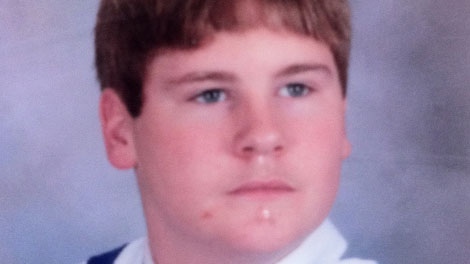 The Arrest: On November 27th, 2010 a police officer along Highway 27 just east of Prince George a police noticed a truck pull off a logging road onto the highway. According to the officer the truck was speeding and he pulled it over. When the officer went up to the vehicle the officer noticed blood on Legebokoff`s chin,  legs, and on the mat of drivers side. Her was later joined by another officer.
While searching the truck the officers noticed a bloody wrench. Also found was a monkey looking back pack containing a childrens hospital card with the name Loren Leslie on it. When Legebokoff was questioned about the blood he told the officers that he clubbed a deer to death and he is a redneck and that is what they do for fun.
On the spot Legebokoff was arrested under the Canadian Wildlife act and they contacted a conservation officer. The conservation officer followed Legebokoff`s trucks tracks and it let right to the dead body of Loren Leslie.
After his DNA was taken it connected him to the death of 3 other women from the area Jill Stacey Stuchenko, Cynthia Frances Maas and Natasha Lynn Montgomery.

Legebokoff Claims He Never Acted Alone: Legebokoff claims that he never killed anyone. He claims that a drug dealer killed 3 of the women and that Leslie had killed herself. He will not name the 3 drug dealers though he only refers to them as X, Y, and Z. His reasoning for not naming the drug dealers is because he knew he was going to prison and was scared to go there being labelled as a rat.
He claims while he was living in a basement suite he was having a large party where he met X. A drug dealer.who Legebokoff claims introduced him to cocaine. Then on a later date when his roommates were away X showed up with 5 others. One of them being Y and the other being Jill Stuchenko. They were all sitting on the couch doing rails of coke off a CD case. Legebokoff and Stuchenko starting chatting it up then eventually went into his room where they had consensual sex. He also claims that he did not know she was a prostitute at that time.
After Legebokoff and Stuchenko returned out to the living room X pulled out a crack pipe. All of them smoked crack for almost 2 hours. Legebokoff also says this was his first time eve smoking crack.
Then the other visitors left and it was just X, Y, Stuchenko, and Legebokoff left at the suite. Eventually Legebokoff and Y went into a bedroom to have a smoke while X and Stuchenko were left in the living room. But eventually X came into the room and said Stuchenko had to be killed as she owed him alot of money. X grabbed a pipe and hit Stuchenko on the head repeatedly and then choked her.
They took all her clothes off and then threw those along with her purse in a garbage bag. He then says X and Y put Stuchenko`s body in the back of their pick up truck and dumped her off at a gravel pit. He said threw the garbage bag with her stuff in it at a dumpster at the mall. The next day he drove to Fort St. James and had thanksgiving supper with his parents.
After the murder Legebokoff says he never seen Y for a year but continued to hang out and party with X. Also still buy drugs from X and also deliver them for him. He eventually move out of the basement suite and into an apartment. One night in the apartment X came over with Y and another person a woman named Cindy Maas. They all were smoking crack and then X got up with Maas and went into the dining room around the corner.
Legebokoff then says he heard a slap, then a loud smack, then a thud. Legebokoff got up and noticed Maas lying on the floor. He then said X left and Y and himself put Maas`s body in the cab of his truck. He then said Y hit her with a pick Iron 3 or 4 times. Y then dumped her body in the bush. Legebokoff then drove Y to his house and said he never seen him again.
By this time Legebokoff says he was concerned for his safety so he had an axe by his door. He even started using drugs heavily at work.
Just a couple days later X came by with Z. This is the first time Legebokoff says he had ever met Z. They were also accompanied with a woman named Natasha Montgomery. They all started smoking crack. Then when Montgomery went to the bathroom X said that she was going to be dead. Then Z handed X a metal pipe and he hit Montgomery in the face when she left the bathroom. Then she ran for a bedroom X choked her to death as Z and Legebokoff watched. Then X dragged her into the kitchen and grabbed a knife and slit her throat.
He also said X grabbed the axe which Legebokoff says he doesn`t know what he did with it. He then said X and Z packed up with Montgomery`s body in bed sheets and then left. Montgomery’s body has never been found.
The other murders may be hard to believe but they are quite possible. But how he explains killing Loren Leslie seems a little impossible. He says when they turned off the gravel road Leslie started acting weird and hitting herself in the face with her fists and a wrench. She then got out of the truck and dropped to the ground. She had a knife in her stomach which happened to be one from Legebokoffs truck. He claims she was still moving a bit so he hit her in the head with the wrench.
He said he panicked and didnt know what to do so he grabbed some items and put them in his truck.  He also said her pants came off and a shoe came off as he dragged her.
Legebokoff also says he had sex with Leslie a few times before but not that night and that he never sexually assaulted any victim. 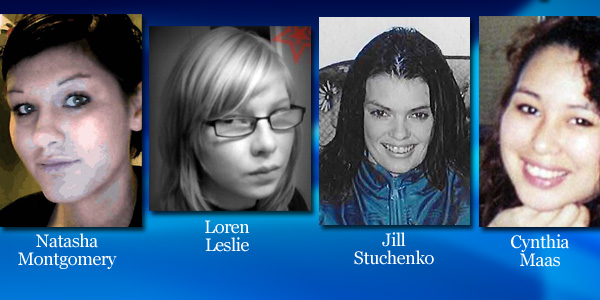 Loren Donn Leslie: Loren from was only 15 when she died on behalf of CodyLegebokoff. 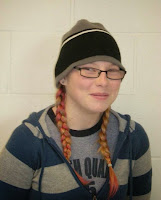 Her body was found on a logging road just outside of Prince George, B.C near Vanderhoof. Just 2 days before her death her mother even told her daughter not to take rides from strangers and for any of you not familiar with the location of where Leslie was killed this in on the  infamous highway of tears where so many other women have been murdered.
Loren from Fraser Lake, B.C who was in grade 10 was legally blind (totally blind in one and 50% vision in the other). She was known to be kind, generous, and helpful. She was also known to be prone to depression and impulsive choices. Her mother even took her to a counsellor and one main topic they discussed was the dangers of her hitching rides. But Legebokoff was known to the Leslie family. Although Cody met Loren on the website nexopia. That area is quite small populated and Legebokoff grew up in Fraser Lake.
There is the Loren Leslie Foundation set up to support and empower youth it can be found at the link here www.ldlfoundation.com 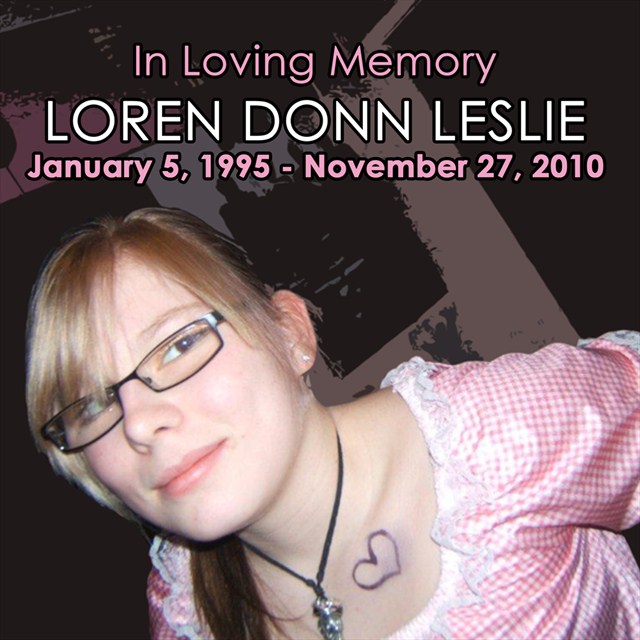 Jill Stacey Stuchenko: A 35 year old mother of 5 was found dead in a gravel pit. She lived a rough life style which included drugs which were funded through prostitution. She was well known to the police but when interviewed officers said she was easy to deal with.
It She was the first victim. At the time police figured it would be an isolated incident due to her high risk lifestyle.

Cynthia Frances Maas: Cynthia Maas was 35 at the time of her death her remains were

found in L.C Gunn Park on October 8th, 2010. She was the second known victim. She hadn’t been seen by family or friends since September 10th of that year. She was a prostitute drug addict and known to police. A pick axe found in Legebokoffs apartment had traces of Maas’s DNA on it.
Maas was also a mother.

Natasha Lynn Montgomery: Was only out of jail for 12 days until she went missing. She

also worked in the sex trade and a drug addict. Her body was never found but traces of DNA were found at Legebokoffs apartment. She was 23 at the time of her death/disappearance but more than likely death.
Natasha was originally from Quesnel, BC just south of Prince George. She was also the mother of a son and daughter who at the time were living with their father.

My Thoughts: I personally think he killed them all by himself. I could of bought the drug dealer story until the death of Loren Leslie. If Loren did do what he claims even if panicking most people would run into town and get help. I wish we had the death penalty here I really do he killed  beautiful women who had alot ahead of them.

One thought on “Cody Legebokoff”