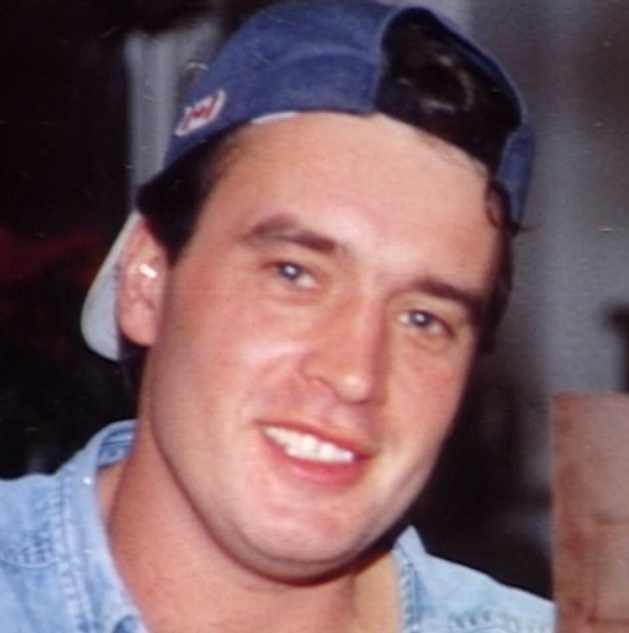 This has to be one of the most bizarre and strangest mysteries I have ever read about. Blair Adams was a 31 resident of Vancouver, British Columbia. Who was found dead in a Knoxville, Tennessee parking lot in 1996 with no pants on his shirt ripped open and over $4,000 in different currency denominations surrounding him. The currency was Canadian, American, and German.
There were rumours that Blair was an ex drug addict he also battled alcoholism for a long time. But at the time of his disappearance he appeared to have cleaned himself up and had a great job as a foreman at a construction company which he apparently loved.
How it all started: On July 5th, 1996 Robert Dennis Blair Adams went and took all the money out of his savings account(over $6,000) along with thousands of dollars in gold and jewelry. He attempted to cross the US border but as a single man with all that money border guards assumed he was a drug dealer and was denied entry into the United States. So he headed back to Vancouver and quit his job the next day. Then went and bought a round trip ticket to Germany. He also later went to a friends house claiming someone was trying to kill him. (Probably a drug king pin could be HA who knows).
Then the next day he ditched his tickets to Germany and rented a car and this time was able to get across into the US and went to Seattle and bought a plane ticket to Washington, D.C. He got to D.C and rented a car (Toyota Camry) and ended up in Knoxville, Tennessee. While in Knoxville he went to fuel up the car and told the gas jockey that the keys did not work. When the gas jockey realised that the keys weren’t even the keys for the car that Blair had Blair took off to a hotel.
While at the hotel the manager thought it was strange as Blair entered and exited the lobby 5 times before renting a room. Below is surveillance from the hotel

After getting a key for the room (which he never even entered) he paid for the room with a $100 bill and left without getting his almost $50 in change. Blair was never seen alive again. Then about 12 hours later he was found dead in the hotel parking lot on July 11th, 1996. With no pants and $4,000 in Canadian, American, and German currency around him. So obviously robbery was not the motive. His pants were also removed in a way that someone would rip them off not how you would take them off yourself. Also his socks were found inside out. It appeared that his clothes were taken off post mordem. The cause of his death was determined to be due to a blow to the stomach although he also had many cuts and abrasions on him. 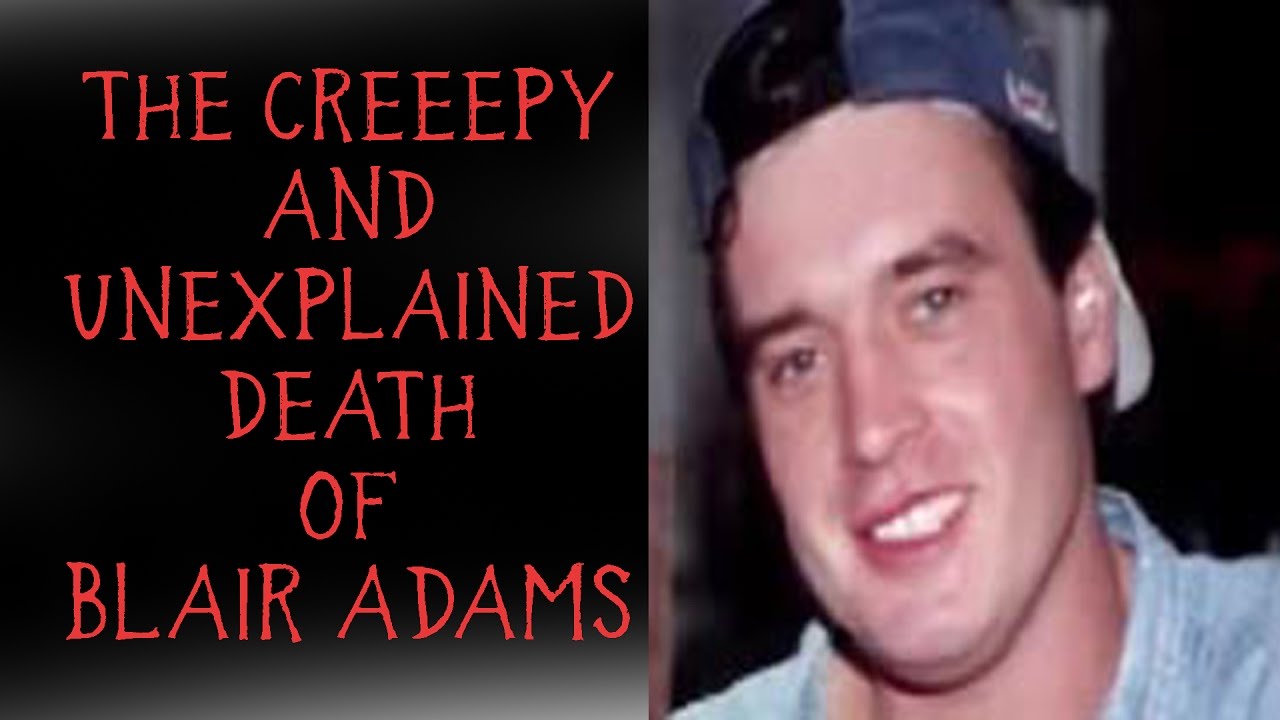 Other strange pieces of this case:
My thoughts on the case: There are many scenarios that could of happened here some say he just went nuts and killed himself. But who kills themself with a blow to the stomach? Others have said it was a sheer coincidence, but why not take the money. Others say someone stalked him all the way to Knoville and killed him.
Others have brought up a theory that during his time in Germany he could of pissed off the girls family he knew. Or on another note doing construction around military bases seen something he shouldn’t of due the way he was killed which probably took at least 2 men they must of had military training. If this is the case.
Another great scenario another person brought up was maybe the girl he met in Germany he was going to go and meet there. Then she decided to meet him in the US (Hence trading in the German tickets) then someone from her family followed her and killed Blair.
Personally I think he ripped of a biker gang huge, or ratted someone out, or maybe something worse. And it must of been huge and they wanted to send a message. Biker gangs have ties and branches everywhere. Someone probably followed him to Seattle seen him board the plane there to Washington, D.C faxed a picture to a branch in Washington, D.C and someone associated there followed him from the airport to Knoxville and did him in there. Taking the pants off of someone I have heard is like shoving a rat in someones mouth it is a sign of someone who snitched and a message meant to be sent. Also his shirt being ripped open could of been to see if he was wired. It is probably the most logical thing I can think of.
This is a case I highly doubt will ever be solved and I have scoured the internet to find what I could on it. It is one of those mysteries that just keeps making me scratch my head.
Some References:
https://www.knoxnews.com/story/news/crime/2017/09/11/unsolved-canadian-blair-adams-raced-knox-county-slain-half-nude-his-gold-untouched/610262001/
https://www.historicmysteries.com/blair-adams-unsolved-mystery/
http://unsolvedmysteries.wikia.com/wiki/Blair_Adams
unsolved.com/archives/blair–adams
http://www.sitcomsonline.com/boards/showthread.php?t=115863
http://www.knoxsheriff.org/coldcase/robert_adams.php?iframe=true&width=90%&height=90%